The Attorney General says this issues, of the growing influence of Communist China, on US industry, and the effort to blunt the critics of the Communist regime, is one of the most important issues of our time.

While acknowledging US firms wish to do business with China, the Attorney-General lays out that beyond profits, there should also be a moral component to doing business.

In an interview last month with Maria Bartiromo of Fox Business News, he noted that one reason we’re not now all speaking German, is that American firms of the 1930s didn’t sell out the interests of the nation for the profits they could have from doing business with Nazi Germany.

Politics, Personalities, Policies and business developments! Stay in touch with one of the most politically active, and important states in the USA! Follow us on Twitter: @IllinoisChannel website: IllinoisChannel.org DONATE to help fund our Independent Coverage: https://illinoischannel.givingfuel.co…SHOW LESS 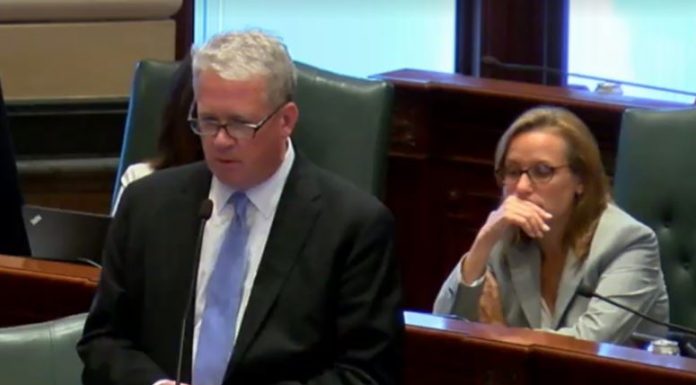 Members of the Legislature, Join in a Lawsuit Seeking to Block Implementation of Taxpayer Funded Abortions

Illinois Business Leaders: This is the Worst Legislative Session for Business in Many Years

Gov Rauner on Programs to Aid Children & Youth, Signing the Energy Bill, and...