(Note: the audio at the rally was not under our control) Springfield)

State Capitol, May 16, 2020 – Hundreds from around the state gathered at the State Capitol to condemn Gov Pritzker and his plans to keep the state on virtual lock-down. Speakers included several small business owners from Rockford, Peoria, Republican legislators, doctors and Brandon Straka, the founder of the #WalkAway movement. Straka gained national fame for being a gay man who posted a video online of his “Walking Away” from his support of the Democratic Party. He’s now become a speaker at lock-down protests in various states.

Among the themes, voiced by various speakers is that as a free people, they should be free to open their small businesses as larger businesses are operating, and take the steps to manage risk. Rep Darren Bailey, a farmer, who is now seeking election to the Illinois Senate, spoke of the rights of the protesters being under attack. Bailey has sued the governor over his policies. Others noted that under the restrictions in place, Illinois abortion clinics and marijuana stores can be open, but not churches.

What was clear was the governor had no friends among the crowd, that was clearly in support of Republican candidates, President Trump and reopening the economy in a manner that gives small businesses a chance to survive. 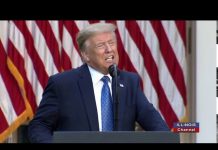 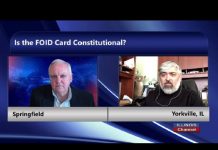