Dick Lockhart served in WWII and was a veteran of the Battle of the Bulge, which began on December 16, 1944. After three days of fighting, Dick’s Commanding officer surrendered to the Germans and Dick began a four month trip into a modern Hell as a Prisoner of War. After his freedom was secured in April 1945 – Dick came back to the States and eventually married, he began a career in the 1950s as a lobbyist in Illinois and would continue as a lobbyist for over 60 years!

When he retired in 2017, Dick was 93 years old and admired across the board by lawmakers and lobbyists alike for his hard work, his humor and this honesty. Shortly before Thanksgiving of 2019, Dick Lockhart died at his home in Chicago. He was among the last of “The Greatest Generation” that won WWII, and won the peace that followed.

In this video we share the recollections of his friends and colleagues who worked with Dick over the past 60 years. And between their recollections, which were recorded in Chicago on December 5, 2019, we share portions of interviews Dick did with the Illinois Channel in 2005 and 2014, when we spoke of his experience as a POW and when Dick shared in 2014 his many recollections and insights of an Illinois Lobbyist who had known every Illinois Governor over the last 60+ years and had participated in the Constitutional Convention of 1970. 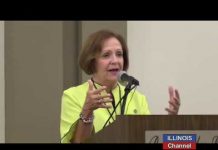 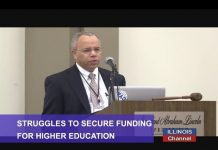 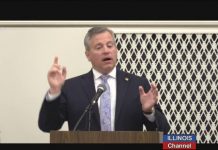 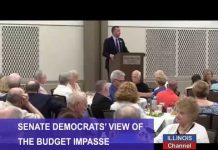 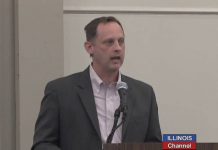