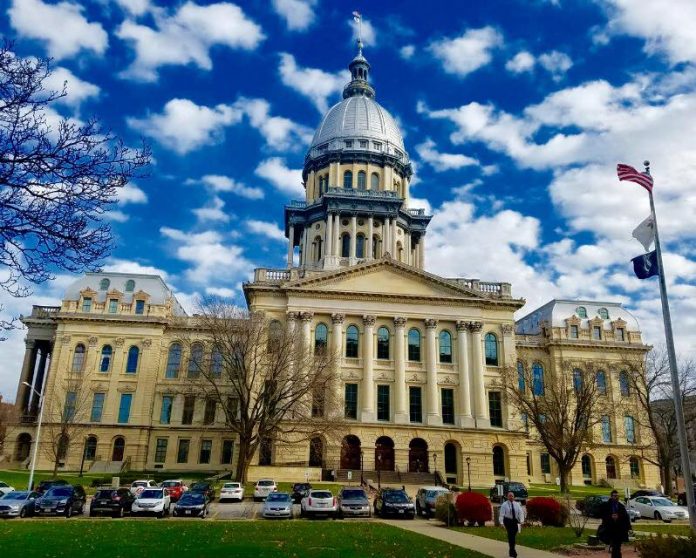 Carbondale, March 26, 2019 – Illinois voters favor a graduated income tax by a two to one margin according the most recent poll released by the Paul Simon Public Policy Institute at Southern Illinois University.

The Simon Poll was based on a statewide sample of 1,000 registered voters conducted March 11 through March 17.  The margin of error is plus or minus 3.1 percent.

Respondents also endorsed a related proposal for adding a three percent increase to all income over one million dollars per year.  Both these proposals are being advocated by Governor J. B. Pritzker as part of his plan for dealing with the chronic structural deficits Illinois has run since the turn of the 21st Century.

Sixty-seven percent of Illinois voters said they favored the graduated tax plan, “… that is, tax rates would be lower for lower-income taxpayers and higher for upper income taxpayers.”  Just under one-third, (31 percent) opposed the plan.  The plan received high levels of support across all three major geographic divisions of Illinois with the highest level of support coming from Chicago (74 percent).  Voters in suburban Cook and the Collar Counties supported the plan by a 68 percent to 31 percent margin, while 60 percent of downstate voters supported and 37 percent opposed the plan.

When asked a related and more specific plan for increasing the income tax by 3 percent on all incomes over $1 million annually, 71 percent of voters statewide favored and 27 percent opposed the so-called “millionaire’s tax,” while 27 percent opposed.

“Governor J. B. Pritzker ran on the graduated income tax as the centerpiece of his plan for providing a solution to Illinois’s long-term budget crisis.  After he was elected Pritzker unveiled his specific brackets for those who would see some tax reductions, those who would see no differences, and those who would have to pay up to three percent more.  Those with over $1 million dollar per year annual incomes would pay the bills, according to the governor,” observed John S. Jackson, one of the directors of the poll.  “This campaign is just starting, and those forces in favor and opposed to the plan are gearing up for the referendum on a constitutional amendment that would be required if the General Assembly approves this fairly audacious solution. Here we have a benchmark of where the public stands at the outset of that contentious campaign,” he added.

Aside from depending on the graduated income tax as the governor advocates, there are other routes to raising increased revenue, several of which are being considered this term in the legislature. Those sources would produce immediate revenue increases for the next two fiscal years.  The poll also assessed most of those possible sources of new revenue.

At the top of this list is the proposal to legalize recreational marijuana and regulate and tax it like alcohol.  This has become a top legislative item for the Pritzker administration.  Sixty-six percent of the respondents favored or strongly favored the plan while 32 percent opposed.

The partisan differences were fairly marked and as we expected.  Seventy-nine percent of Democratic respondents favored legalizing and taxing marijuana, and 65 percent of Independents favored it.  The Republicans were virtually tied at 49 percent in favor and 48 percent opposed.

“This may be one of those public policy shifts—like gay marriage—whose time comes fairly quickly. Given the solid support it receives across almost all the groups we surveyed, its strong advocacy from the Pritzker Administration, and aversion to higher taxes, the legislature may feel emboldened to legalize and tax marijuana,” said Charlie Leonard, a co-director of the Simon Poll.

There has long been a movement to expand gambling in the state, and the current Simon Poll presented a generic question about it as it has in the past. This proposal received majority support statewide and across both geographic and partisan divisions.  Fifty-seven percent of all respondents favored or strongly favored it, with 40 percent opposed or strongly opposed.  Support was highest in the City of Chicago (65 percent), next highest in the suburbs at 56 percent, followed closely by downstate voters at 54 percent.

Support for expanding gambling was spread almost evenly across the three major partisan groups with 59 percent of Democrats, 57 percent of Republicans, and 54 percent of Independents favoring it.  This is another policy shift which seems to have a good deal of momentum in the General Assembly and widespread support among the public.

A natural extension of the gambling issue is the recent drive to legalize gambling on sporting events.  Several states have already legalized or are planning to legalize sports betting due to a recent U. S. Supreme Court decision favoring it.  Statewide almost two-thirds (63 percent) favored or strongly favored while one-third (33 percent) opposed legalized gambling on sports events.

The possibility of expanding the base of service taxes in order to more accurately reflect the realities of a 21st Century service economy has been on the state’s political agenda for several years.  Currently Illinois only taxes 17 categories of services compared to the national average of 56 with a total of 168 categories of services taxed across all states combined. SoIllinois is a low tax state in terms of taxes on services.

The Simon Poll asked if respondents favored or opposed, “expanding the sales tax to cover the same services as Wisconsin currently taxes such as a sales tax on entertainment tickets, cable and internet services, landscaping and parking, which are not currently taxed?”

Since the Pritzker Administration assumed office in January, there has been a great deal of discussion of and movement toward a capital plan.  A significant number or other states have adopted an infrastructure plan paid for by motor fuel tax increases recently.  Illinois has not had a capital plan since 2010, when Governor Pat Quinn instituted one.  Multiple reports have touted the need for new infrastructure and repair of what’s already in place.  The problem is, of course, how to pay for such a plan.  The most common and most likely source is an increase on the motor fuel tax.

Two additional questions on potential revenue sources were interrelated.  The Simon Poll has consistently asked whether voters favored applying the state income tax to retirement income.  The results have generally been negative on this proposition and this year was no exception.  Statewide, 73 percent of the respondents said they somewhat opposed or strongly opposed making this change, while a net of only 23 percent either favored or somewhat favored.

Twenty-nine percent of the residents of Chicago favored and 67 percent opposed taxing retirement income such as Social Security.  The idea was even less popular in the suburbs and downstate where only 23 percent and 18 percent respectively favored this change.

The final question in the search for possible sources of new revenue is a variation on taxing retirement. It tested the proposition of putting a tax on retirement income if the first $100,000 were exempted from the tax.  It was only asked of those respondents (N = 732) who had indicated they were opposed to taxing retirement income in the previous question.  Here the statewide division was much closer with 36 percent favoring and 34 percent opposed.  There were essentially no notable differences by place of residence or partisanship.

In summary, John Shaw, Director of the Paul Simon Public Policy Institute said, “New taxes have never been popular in the United States or in the State of Illinois. Several proposals tested in this poll showed the same pattern. However, it is clear that the general idea of a graduated income tax is strongly supported.  This support is further buttressed by the proposition that those Illinoisans earning the most could bear a three percent tax on the increment of their incomes above $1 million per year.”

It is also notable that there is typically support for so-called “sin taxes,” such as taxes on gambling and marijuana consumption.  These new proposals are a significant part of Governor Pritzker’s plan for closing the revenue gap with new revenue sources in the FY 2020 and 2021 budgets. These could take place in advance of any change in the state’s flat rate income tax, which would require both legislative action and a statewide vote to amend the Illinois Constitution.