State Capitol, March 19, 2019 – Mark Denzler, the new CEO of the Illinois Manufacturers’ Association, met with reporters to point out a series of challenges facing manufacturers in the state, and proposed changes to help industry create more of the high-paying jobs in the manufacturing sector.

Denzler said that making the tax credit for Research and Development permanent is critical if business is going to be helped by that tax credit. Over the recent past, that credit has flickered on and off again as various legislatures give it, then take it away.

He says, Workforce development is another critical element. Denzler noted there are jobs paying over $80,000 annually, with great benefits that go unfilled, because there’s a lack of qualified individuals to take the jobs. This is true in almost every industry, as baby-boomers retire. Denzler pointed out the lack of proper technical training in colleges and junior colleges that comply with current industry standards of skill training. Incentives for those taking the courses and those teaching them, could help close that gap of unskilled labor.

And he noted the shortage is so severe, that Wisconsin just spent millions in advertising trying to have Illinois residents leave to work in Wisconsin manufacturing jobs.

Illinois remains a problem for business, and may well get worse, according to the IMA. Denzler told reporters the news accounts of the Governor’s proposed “Fair Tax” misses the actual top rate on corporations and the “S-Corps” which is often a smaller business entity, where the business income flows to the owner and is counted as personal income.

Denzler pointed out that if the Governor’s proposed changes in the income tax on corporations and S-Corps goes through, the top rate of 7.95% will ALSO have a Corporate Personal Property Replacement Tax of 2.5%, which would make the top tax rate on Illinois Corporations 10.45%

For S-Corps, that top rate including the Corporate Personal Property Replacement Tax, would be 9.45%

According to Denzler, who’s representing manufacturers across the state, Illinois’ policies are causing Illinois jobs to grow at a much slower pace than other midwest states, because the regulations and taxes on Illinois business makes expansion and hiring harder in Illinois.

He said if Illinois’ manufacturing jobs had just kept pace with the average growth in other Midwest states, Illinois would now have an additional 45,000 jobs, that pay over $80,000.

THAT, would mean Illinois’ economy would now be larger by $3.6 Billion dollars. 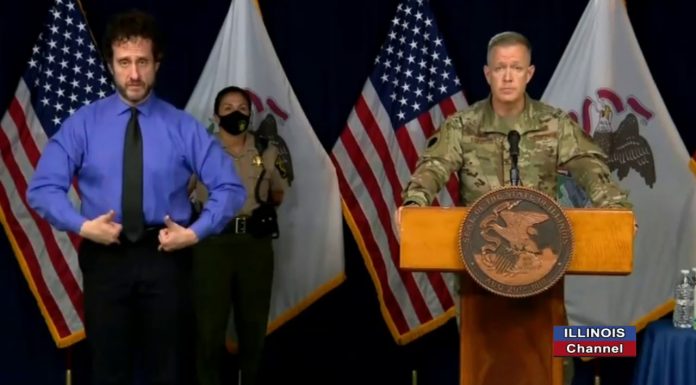 Over Many Years, Illinois Makes Its Mark in the Nation’s Capital

University of Illinois & Tel Aviv University Reach Memo of Understanding on a Collaboration...