Chicago, February 11, 2019 — Attorney General Kwame Raoul and Kane County State’s Attorney hold a press conference to lay out their reasons of filing a challenge with the Illinois Supreme Court, to the recent sentencing of Jason Van Dyke. Van Dyke is the former Chicago police officer who shot Laquan McDonald 16 times, and was recently found guilty of 2nd degree murder.

AG Raoul argues his reasoning to challenge is that he thinks the trial judge did not apply the law equally in this case, and that is is a question of whether the law was properly followed in this case. 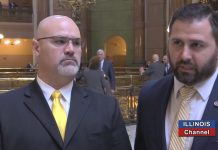 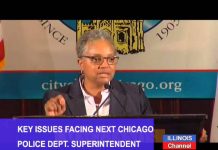