WASHINGTON — Democratic House leaders attempted this week to shift focus from the shutdown and the related border wall dispute in order to draw attention to popular gun legislation, which pollsters and party strategists contend played a role in their midterm victory.

“With the youth vote and the Parkland Shooting, that’s a base that the Democrats want to hold together and want to move forward on that issue,” said pollster Spencer Kimball, director of the Emerson College Polling Society.

According to an October 2018 Gallup poll, 92 percent of Americans support requiring background checks for all gun sales.

At the start of the new Congress, House Speaker Nancy Pelosi, D-Calif., announced her intention to balance between churning out campaign-promised legislation and the politics of divided government in the Trump era.

Democratic lawmakers held a press conference held on Tuesday, January 8, to tout the legislation, which would require universal background checks for all gun sales, and marked the eighth anniversary of former Rep. Gabby Giffords’s shooting.

Democratic lawmakers campaigned on gun control policy as a priority for the majority of Americans.

The bill’s sponsor Mike Thompson, a Democrat from California, pointed to the midterm results on Tuesday.

“From the public polling to the ballot box, the American people have spoken up and demanded action to help end the tragedy of gun violence that far too many in our country face every day. We will continue our fight and we will deliver,” Thompson said.

“Stopping gun violence takes courage. The courage to do what’s right,” Giffords said. “I’ve seen great courage when my life was on the line, now is the time to come together. Be responsible.”

Though no Republicans attended the event, five Republicans are credited as co-writing the legislation along with Thompson (and four Democratic lawmakers). Thompson said the legislation is likely to advance with the Democratic majority in the House. GOP Reps. Peter T. King, R-N.Y., Brian Mast, R-Fla., Fred Upton, R-Mich., Brian Fitzpatrick, R-Pa., and Christopher H. Smith, R-N.J., co-wrote the measure.

Spencer says that in the short term the legislation may gain momentum but face obstacles in the Republican-controlled Senate. “In the long term, what does the opposition do? Are they just going to sit idly by or are they going to come out? Does the NRA come out and spend more money on elections?” Kimball said.

Mother of a gun violence victim and newly-sworn in Rep. Lucy McBath, D-Ga., a co-authored the bill, defeated an NRA top rated Republican incumbent in part on a campaign that emphasized firearm sale background checks.

“Seven years ago my son, Jordan, was violently torn from my life, a victim of a gun in the wrong hands,” McBath said. “Today, I join my colleagues and former Congresswoman Gabby Giffords to prevent more families from facing the horror and heartbreak that is brought on by gun violence.”

Part of McBath’s gun safety platform included laws that require background checks for all gun sales. In addition to McBath’s race, public opinion in favor of stricter gun control contributed to other Democratic House victories. According to the Brady Campaign, Democrats defeated 30 House Republicans with “A” ratings from the National Rifle Association lost elections. 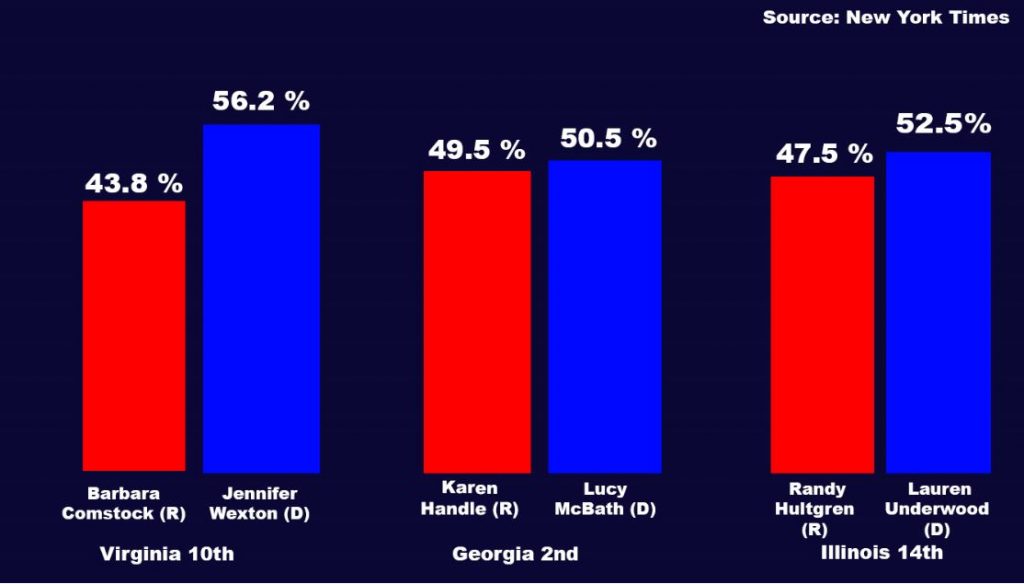 The battle for the legislation is likely to occur in the Senate, where Sen. Chris Murphy, D-Conn., and 40 other Democratic senators also introduced legislation tied to the anniversary on Tuesday that would require background checks for gun sales.

“We’re now at a tipping point — on the cusp of breaking the grip of the NRA and special interests who are in the way of reasonable reforms,” said Sen. Richard Blumenthal, D-Conn. “Beginning with background checks, we must seize this historic opportunity to move forward on common sense gun safety measures.”

The Senate bill includes exemptions for transfers between law enforcement officers, temporarily and loaning firearms for hunting and sporting events. The measure also addresses exemptions for providing firearms as gifts to immediate family members and transferring a firearm as part of an inheritance. The legislation also permits elf-dense through the temporary transfer of a firearm.

“Voters stood up this fall and made it clear they want Congress to do more to keep our kids safe from gun violence. We need to listen to them and pass our bill to save lives,” Murphy said.