Chicago, November 6, 2018 —Just minutes after the polls closed, the networks called the governor’s race for billionaire JB Pritzker.   He defeats Gov Rauner who signed only one budget into law in his four years in office — years that were characterized by a war of will and words with House Speaker Michael Madigan.

The victory by JB Pritzker brings another billionaire to the governorship who has never before held public office.  But with his party controlling both the House and Senate, a Governor Pritzker will not have the battles with Speaker Madigan that was what characterized the four years of Gov Rauner. 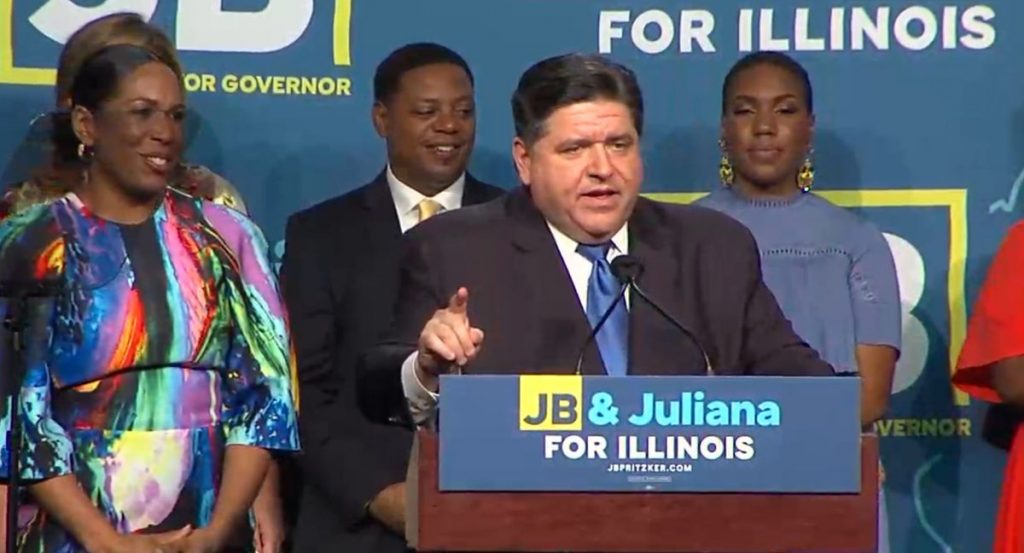 In his victory speech, Governor-Elect Pritzker compared the current state of Illinois to Chicago after the great fire of 1871, when much of the city had burned to the ground.  And he noted, that that lead to a greater city than had existed before.  Chicago he noted became a city reborn by the will of those in Illinois committed to rebuilding.  And Pritzker said to his followers that like those in Illinois who rebuilt in the wake of tragedy, they must embrace the struggle to rise “And rise we will” he bellowed. 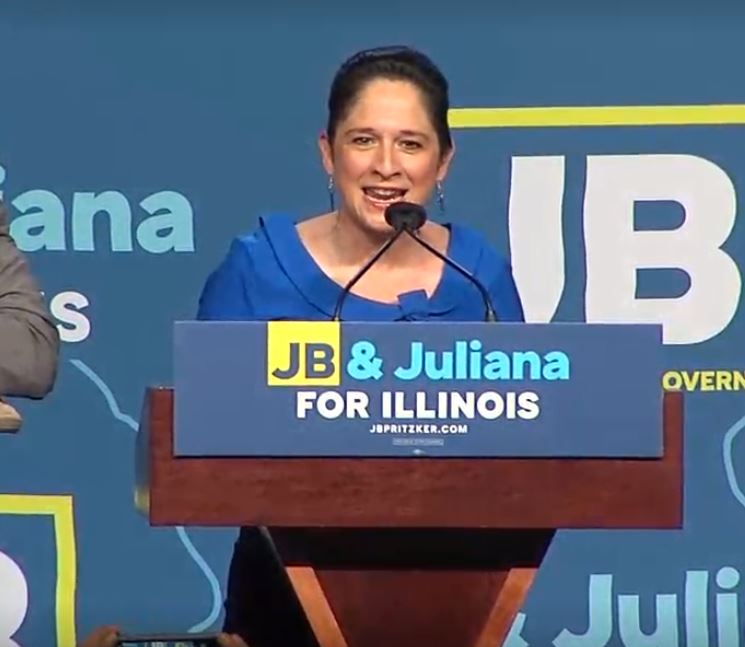 As the night progressed, it is a big night for Illinois Democrats as Treasurer Mike Frerichs is reelected as was Comptroller Susana Mendoza to a full term.  She had won a partial two-year term to fill out the remaining term of Comptroller Topinka, who died four years ago shortly after being reelected to a full term.

And State Senator Kwame Raoul, won the election for Attorney-General. He defeated Erika Herold, who many Republicans felt had their best chance to win statewide of any of their candidates.  Yet in early voting, with 25% of the vote in, Sen Raoul held a 400,000 plus vote lead.

In Illinois Democrats were jubilant over their victories and in their speeches said this was the change that Illinois needed to move ahead and stop the wasted efforts at political fighting.  Now, for better or worse, the Democrats will own the political future of Illinois for the next four years.