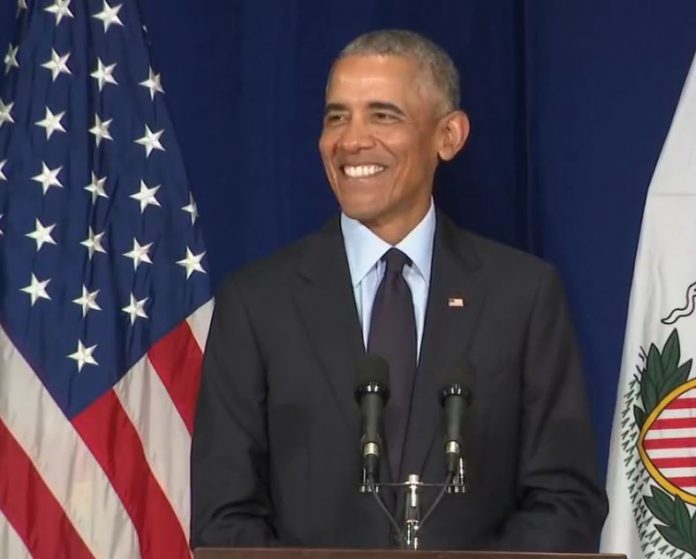 Urbana, September 7, 2018 – President Barack Obama told students at the University of Illinois that they need to vote “because our democracy depends on it.”

Mr Obama was at the University to receive the Paul Douglas Award for Ethics in Government, which is named after the state’s former US Senator.

In his remarks, the former president stressed American leadership on the world stage, and how the United States has lead the free world for decades in an effort to maintain the peace, and to spread respect for the elements of democracy, like the rule of law.   He noted the growth of democratic governments and the increased respect for those values that respect human dignity.

These victories he said, “were not won just by some politicians giving speeches”

But he noted, “progress doesn’t just move in a straight line.”   He attacked President Trump as being an example of those who want to fight change”

Mr Obama said the government was working to advance the growing inequality and to further the economic divide, by cutting taxes on the wealthy.

He said his administration worked to end the crisis of 10 years ago when the economy was losing 800,000 jobs a month, and that eventually this turned into a record period of job growth.  “When you hear how great the economy is doing, let’s remember when this recovery started,”  he said.

“So we pulled the economy out of crisis, but to this day, many still feel economic insecurity.” 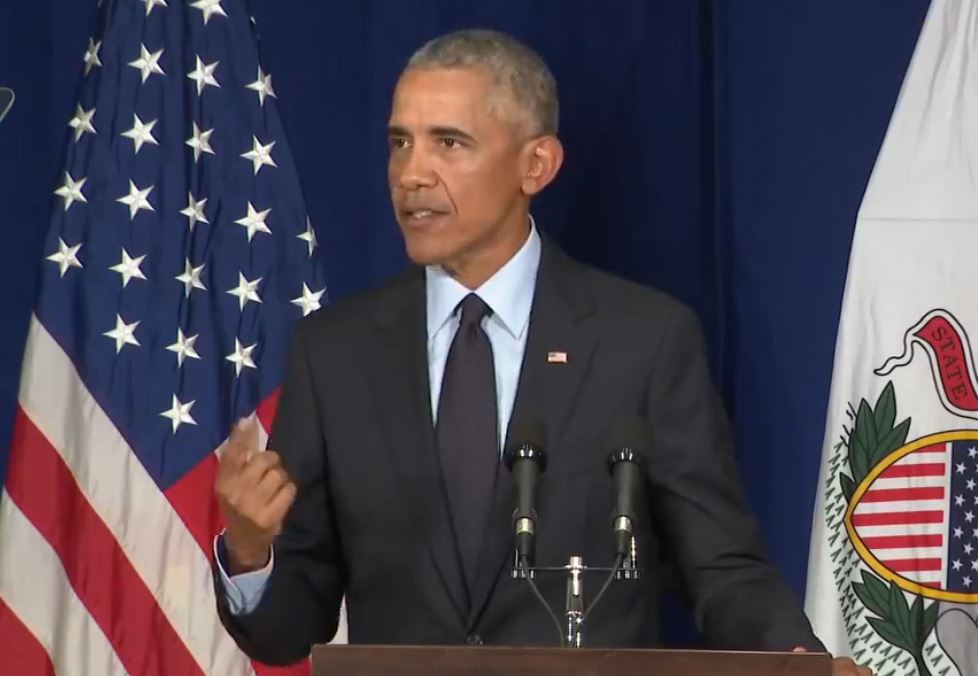 “Appealing to tribe, appealing to fear, is an old playbook –but in a healthy democracy this doesn’t work”  “but when there’s a vacuum in our democracy, when we don’t vote, when we don’t pay attention, then other voices fill the void and demigods move in,” he said

He noted that Southern Democrats were the backers of slavery, and that it took a Republican President [ Lincoln ] to end it.   And in the 1960s, he noted Illinois’ Republican Senator, Everett Dirksen fought for the Civil Rights legislation.

But he made the point that in his mind, the nation under President Trump is falling back into a period of fear and division.

Mr Obama then laid into an attack on the Republican Party for cutting taxes, cutting regulations on environmental protections, and “cozening up to the Russians”

“What happened to the Republican Party?”

Mr Obama didn’t discuss however in his attacks, that the economy is now growing at nearly twice the rate of growth that it did under his administration.  He did not mention that black and Hispanic unemployment are now at record lows, with the national unemployment rate at 3.9%, lower than when Mr Obama was president.

What Mr Obama did offer was a more cogent argument for Democrats running around the nation, whose national campaign theme seems to have focused on their hatred for President Trump and his policies.

He said Democrats should push to tax carbon, and spoke against having a wall built along the southern border.

He said Democrats should talk about reforming the nation’s immigration system.  Yet as a candidate, Mr Obama said he would fix immigration in his first year in office, and that was never achieved, while the number of those entering the nation illegally has continued over the last 10 years since his election.

He hit his themes on the need to work together in defense of those traditional values of American democracy that have united the nation over its history.  “We need our civic institutions to work. We need cooperation of those in government.  We need to bring people together, not pull them apart.”

“And we won’t win them over by calling them names”  In this, the former President seemed to also take on the far-left portion of his party, who attack those they disagree with by calling them racist, or homophobic. 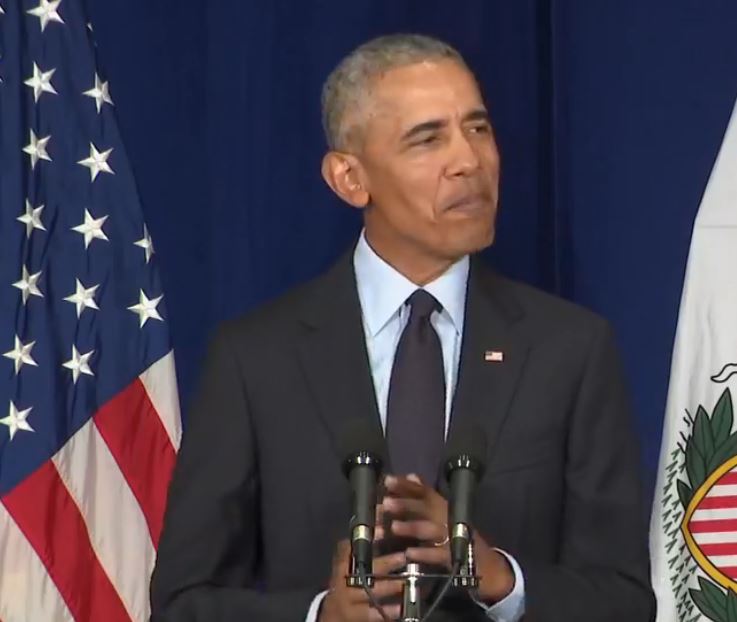 “To make democracy work, we have to engage others, listen to others – even when we don’t like what they say. And that doesn’t mean we have to abandon our principles.”

Yet then he attacked Republicans, as if they are only for working together if they get their way.

He told students they need to work for a better America — “Better is always worth fighting for.  Through the testing of ideas, we can sort through our differences, and nobody will get everything they want, but we can achieve Common Ground.”