From the City Club of Chicago — Betsy Ziegler, the new CEO of the Chicago-based business incubator, “1871” tells the City Club members of technologies that are already in development that may soon make vast changes to our economy, businesses, our commutes to work, and our very lifestyles. Among the new developments — commuting from Chicago’s Loop to O’Hare Airport in 12 minutes at speeds over 100 mph, taking passenger missiles into sub-orbital flight that allows one to go anywhere in the world — New York to Australia, for example — in under an hour. It’s a fascinating presentation, which gives us a peek into the future and how we may be again having our world transformed sooner than we realize. 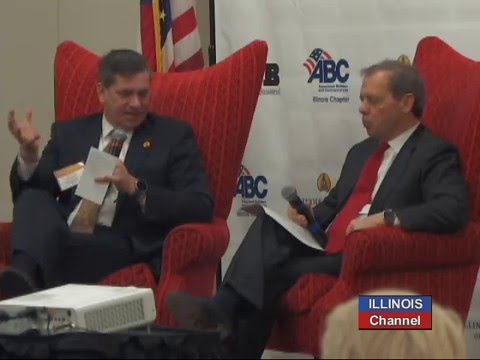 Republican Senators Say Budget Talks are Making Progress on a Number of Issues, But...

How 1871, Is Helping to Make Chicago a “Midwest Silicon Valley”