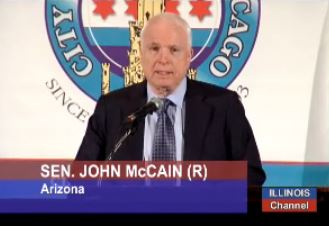 August 25, 2018 – John McCain, the son of a US Admiral, who joined the Navy, graduated from the Naval Academy, was a prisoner in North Vietnam for 5 years, and a member of congress since 1983, has died of brain cancer at 81.

McCain’s death was expected, since he announced last fall that he was suffering from an aggressive form of cancer.  Just yesterday, it was announced that he would no  longer be treated and this signaled that he was hours away from death.

In 2008, Sen McCain won the Republican nomination for President, and was the first Republican candidate to select a woman as his running mate, when he picked Gov Sarah Palin of Alaska as his Vice Presidential running mate.

But the collapse of the US stock market in September 2008, presaged a big loss in November to Sen Barack Obama, who became the first black American elected president.  McCain stayed in the US Senate and remained  one of the few who continued to follow his own path on policies – sometimes to the consternation of those in his own party, and of Republican Presidents.

Upon his passing, his daughter Megan McCain, released a written statement that summed up her feelings and what she learned from her father — that character matters, and that one should live a life fighting for things that are more important than themselves.

Sen McCain will be one of the very few Americans in the history of the nation, to lie in state under the Capitol Dome in Washington.  He will be buried at the Naval Academy in Annapolis, Maryland. 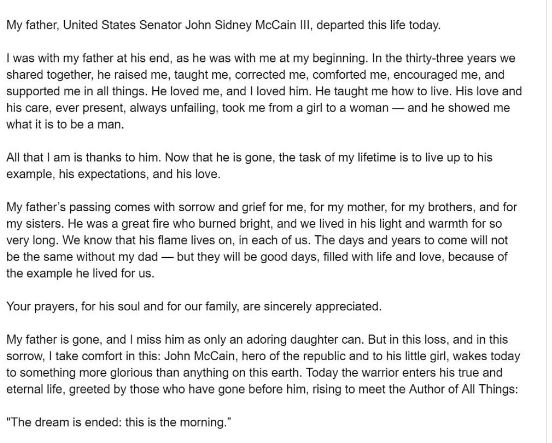 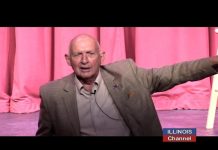 Gen John Borling, on Life Lessons Learned from Being a POW in North Vietnam for 6 1/2 Years