GRANITE CITY, IL [July 26, 2019] – In an Illinois steel plant that had been closed and jobs lost, President Trump came to deliver a speech heralding the reopening of Granite City Steel in the wake of his administration’s applying tariffs on foreign-made steel.

But in Granite City, the President, in front of a crowd made up of those who are now working at the plant and their family members — many wearing hard-hats and Trump 2016 shirts,  took credit for his tariffs, his lowering of regulations on American businesses, and his tax cuts, for helping to put Americans back to work and he came to Granite City to showcase this as but one example of how jobs that were lost before he became president, are now coming back due to his policies.

Economic analysts are expecting the 2nd GDP growth numbers  — which will be released on Friday — to show that the economy is now growing at 4% or more. 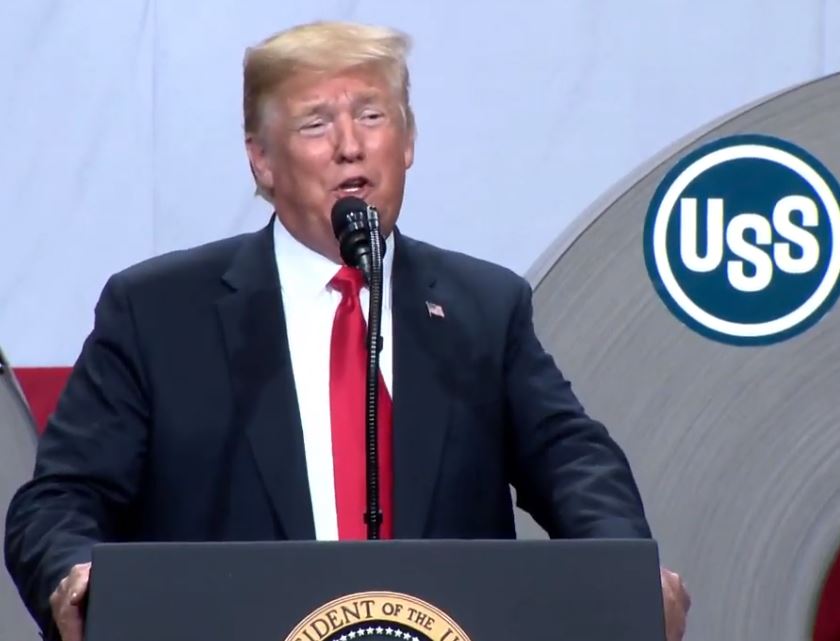 During his remarks, the President said he didn’t know what the GDP growth number would be for the 2nd Quarter, but he mentioned someone predicted 5.3% which would be an enormous growth rate, compared to the last decade that saw a severe recession and a slow-growth economy.

The economy during the Obama years had never grown at even 3% on an annual level, with an 8-year average growth rate of 2.6%, with several years of growth below 2%.  In fact, it’s been over 10 years, including the last year of the Bush administration, since the economy’s growth rate topped 3%.

The President noted that the reopening of US Steel jobs is not just a positive for the economy, but that this is very much a national security matter — that the US must be able to have sources of domestic steel.

The President said “America is fighting back and we’re winning.”  He said that steel is a special industry to him.  He condemned policies that lead to the decline of the US Steel industry and the loss of jobs.

“Four months ago I stood by steel workers like you and announced we were putting a 10% tariff on steel and 25% on aluminum.”  He noted, “Just last month, US Steel announced the reopening of another blast furnace — creating 1,000 jobs — ahead of schedule.” 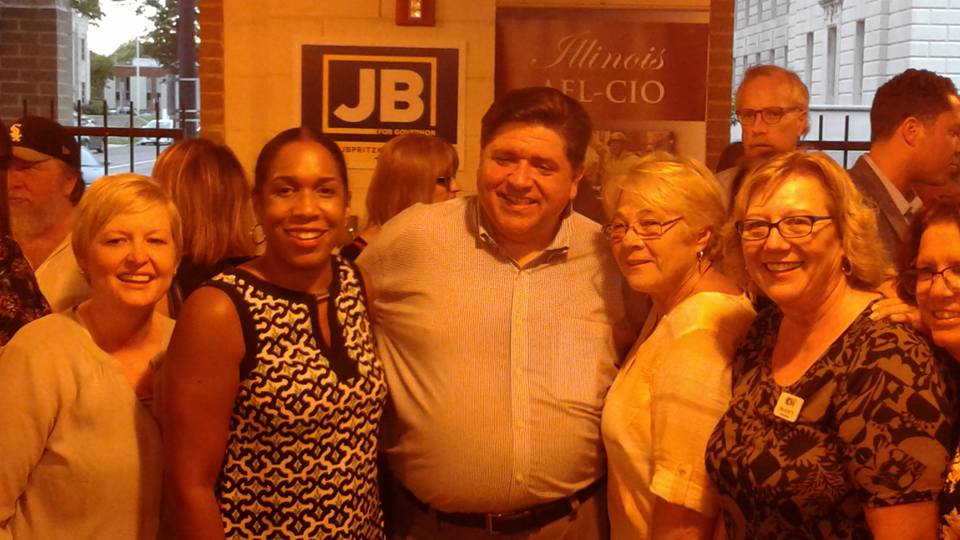 Mr Trump’s first visit to Illinois also comes in the backdrop of the race for Governor.  The Democratic candidate for Governor, JB Pritzker, has made opposition to many of the President’s policies a central part of his campaign.   By contrast, Governor Rauner, who is facing a tough bid for re-election, has largely avoided any ties to President Trump, and the governor avoided attending today’s event, despite it being a positive recovery story of new jobs in Illinois.

The Pritzker campaign has already signaled they will be working to again use the anti-Trump sentiment in Illinois, to damage Gov Rauner.  And Pritzker’s campaign would love to have photos of Gov Rauner standing next to President Trump, that they could use in their campaign ads between now and November. 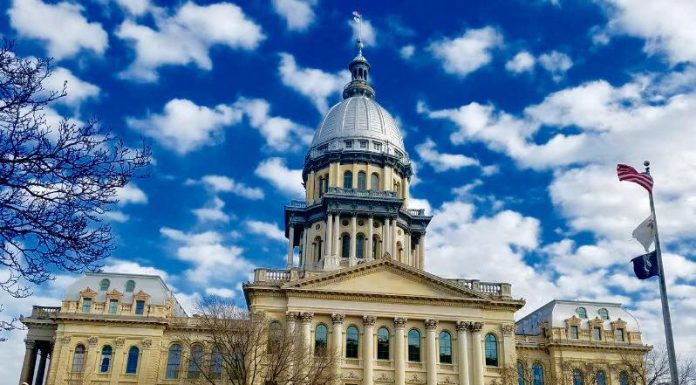 Illinois Governor’s Race Is Turning Out to Be Far More Unpredictable and Interesting Than Expected.

Gov Rauner, Legislative Leaders, and Business Leaders Discuss the Need for a Budget with Reforms, to Improve Illinois