Springfield: Judy Topinka was a regular in Illinois politics over the last 40 years. Her death, shortly after she was re-elected Comptroller in December 2014, caught everyone by surprise. No one more so than her son, Joe Topinka, who was living in Texas after having left the military. 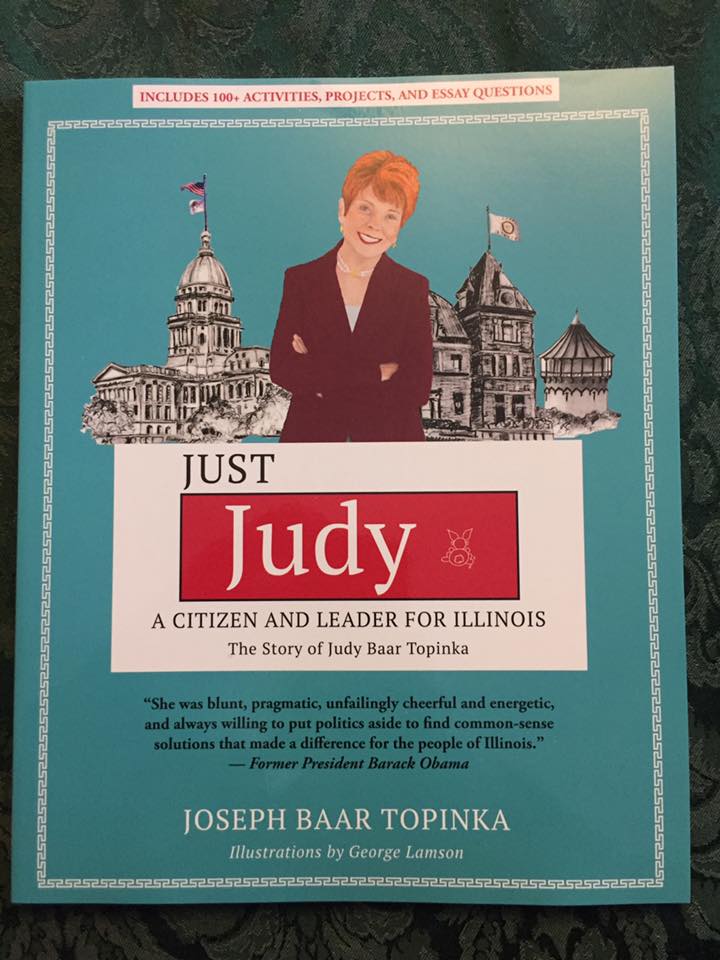 Her sudden passing meant even Joe didn’t have time to tell his mom, goodbye. What he now has done, is to write a book about his mom for children, that he hopes will help them understand more about politics and government.

Joe Topinka wants his book to both educate and inspire children about their country and its government. And in so doing… honor the memory of his mother.. who was known as, “Just Judy” …. that’s also the name of his book about her.