State Capitol: House Republican Leader, Jim Durkin is joined by other Republican caucus members in condemning the effort by some on the Democratic Party — including gubernatorial candidate, JB Pritzker (D), to pass a new Constitutional Amendment to allow for a progressive income tax in Illinois.

The Republican Leader and others, say the flat tax on income in Illinois is on of it’s few remaining parts of Illinois law that is helpful in having the state be competitive with others. 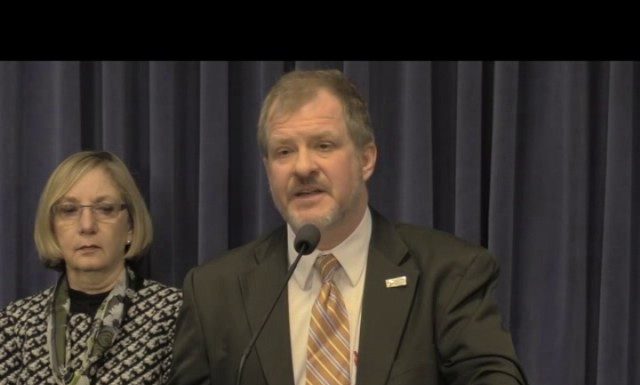 Do Asphalt Sealants on Parking Lots and Driveways Pose a Health Risk?

A Panel of Lawmakers Discuss Whether Illinois’ School Funding Formula is UnFair in the...