St Louis ( March 14, 2018) At a Boeing plant, President Trump announce the government is looking to buy more fighter jets, and noted in the wake of his tax cuts, the jobless claims are now at 50-year lows.

The President stopped in St. Louis, in part to underscore his administration’s plans to increase Defense spending and to attend a fundraiser for the Missouri Attorney-General Hawley, who is running for the US Senate against Senator Claire McCaskill (D). 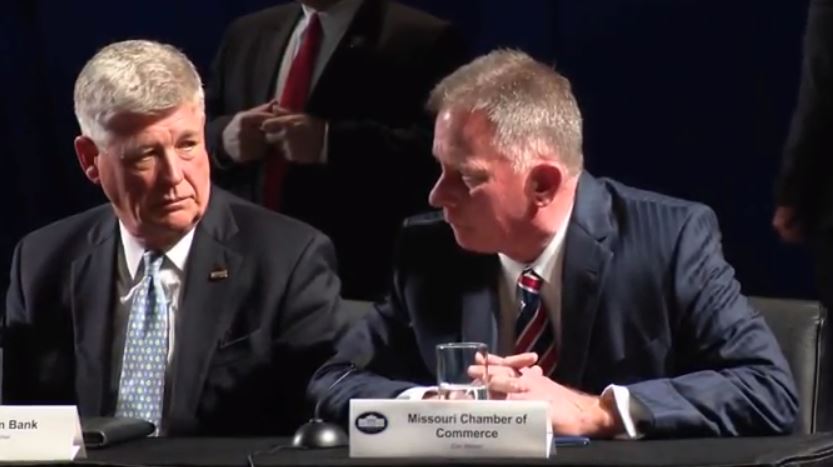 The CEO of the Missouri Chamber, noted one of their employees who just got their first job last October, will now have an additional $900 dollars in take-home pay due to the President’s tax cuts passed in December. 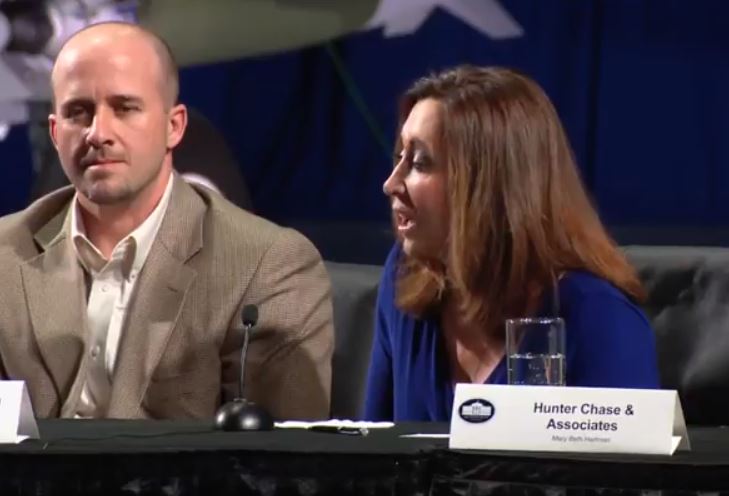 One woman business owner told the President she was able to increase her investment in her business by $500,000 due to the tax increase.  She also noted their pension funding has increased to near 100%.

Each of the members of the Roundtable, who came from across Missouri, spoke in the positive impact on their businesses, due to the tax cuts and the ability to expense their new investments in equipment in just one year – where previously the deductions were spread out over multiple years.

The individuals invited to be at the roundtable were all supporters of the President, with positive stories to share on how the tax cuts impacted their businesses and employees. A number of the business owners, bank managers, told the President how they had given out $1000 bonuses to their employees.  One woman, who is an employee told the story of her daughter going through a serious illness overseas, and how her tax cut allowed her to go to be with her daughter.  A woman who worked in the cafeteria at the College of the Ozarks, was moved to tears as she talked of getting a bonus that she could apply to her retirement fund.

Boeing’s CEO Dennis Muilenburg noted the new tax code is having an impact on the investment they’re putting into their plants and the work they do with their 13,000 vendors with whom they do business.

In his remarks, the President said he is hearing from many businesses that his administration’s cutting regulations is having a very positive impact on the growth of the economy – even more, he said he’s told, than the tax cuts.

While this was a selected group that was guaranteed to say positive things, the impact of hearing directly from business owners, managers, and employees sent a strong message that the tax cuts are having a direct impact on the ability of businesses to grow, and the day to day financial health of families.

Before leaving St Louis, the President will attend a fundraiser for the Missouri Attorney-General’s run for the US Senate.  The seat currently held by Sen Claire McCaskill (D) is one of the seats the GOP is targeting in their effort to build a stronger majority in the November elections. 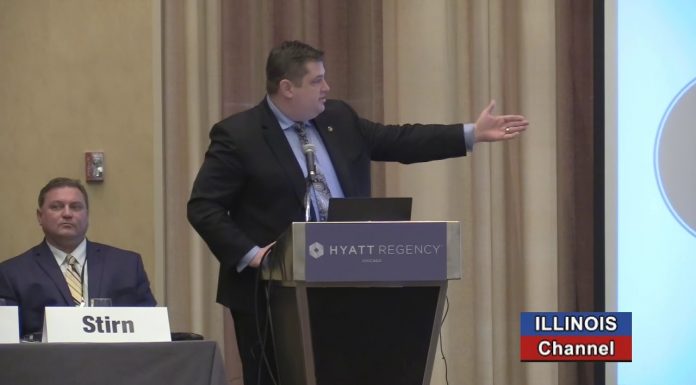