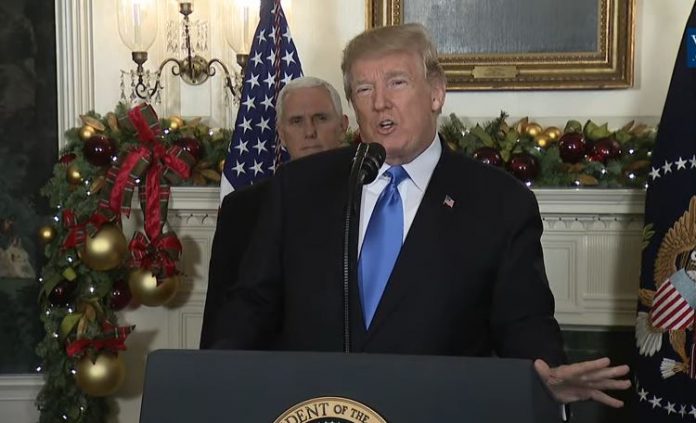 Washington, Dec 6, 2017: Pres Trump says he will have the United States relocate its embassy to Jerusalem, and recognize Jerusalem as the Capital of Israel.

Mr Trump said, “Peace is never beyond the grasp of those willing to reach it.” 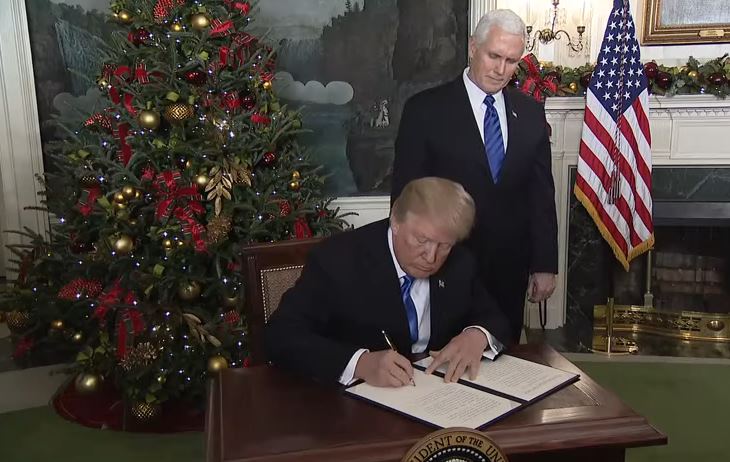 s that have marred the history of the area since the founding of Israel in 1948.  He said Vice President Pence will travel to the region in the near future to meet with leaders there.

Following his remarks, the President signed the order to have the American embassy prepare for its move, and recognizing Jerusalem as the official Capital of Israel.