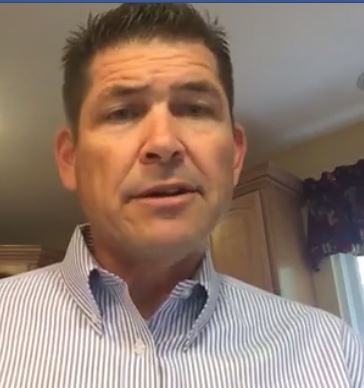 It’s something you don’t see everyday, but give Sen Kyle McCarter kudos for speaking his mind and taking to task his own party’s leadership, for the Governor’s signing SB-31, aka “The Trust Act” which many rank and file Republicans say makes Illinois a “Sanctuary State.”  Prior to Monday’s bill signing, many Illinois Republicans were urging the Governor to veto the bill.

Yet on Monday, the Governor DID sign the bill into law. Governor Rauner said in his signing ceremony remarks, that this was a difficult decision, but that he choose to sign it after law enforcement officials told him it would make their jobs easier — arguing that many illegal immigrants were fearful of reporting crimes, and criminals, for concerns over their being deported.

In a 19 minute video Sen McCarter posted on Facebook Thursday,  he called the claims by the Republican Party Leader, Tim Schneider, and the Governor, that SB-31 was not a “sanctuary bill”, as “Propaganda.”

Click here for a Link to the Senator’s video

McCarter is one of the most conservative members of the Illinois Senate, and generally would be supportive of the policies of Gov Rauner.

But this is one more indication that the Governor may have made a major political error within his own party, by signing the “Trust Act” into law.

In fact, it’s why Republican Party Chair Tim Schneider sent an email out to party loyalists, defending the governor, and attempting to quiet the concerns of many in the Republican Party of Illinois, that signing this bill was a betrayal of all those who supported President Trump and his calls to end the policies of offering sanctuary to illegal aliens.

Just recently US Attorney General, Jeff Sessions, issued a warning to local communities that offered “sanctuary” to illegals by refusing to have local law enforcement cooperate with Federal authorities, would face a cut-off of federal grants.

Sen McCarter made his video while standing in his kitchen at his home in Southern Illinois and posted his arguments on Facebook, in what is one of the best demonstrations of how modern technology can make it possible for individual lawmakers to speak their mind, irrespective of the wishes of party leaders.

The Senator said the claims made by the Governor at the bill signing, that law enforcement supported the bill, was wrong.

“The only ones that supported it were the Chiefs of Police.”   Why didn’t any other law enforcement support the bill?  If it was such a good bill, why didn’t any Republicans support it in the legislature?” He asks.

He draws the attention of viewers to look at the legislative sponsors of the bill in the House and Senate.  He notes there is NOT ONE Republican legislator, in either the House or the Senate that supported the bill.

McCarter then directs viewers to go to the Illinois Legislature’s website and READ the bill, and how it limits cooperation by Illinois law enforcement with the Federal authorities.

Here’s a photo of Page 3 of the bill, as McCarter reads it to the viewers, to make his point, that the bill does indeed make Illinois a “sanctuary state” by limiting Illinois law enforcement from making arrests of illegal aliens. 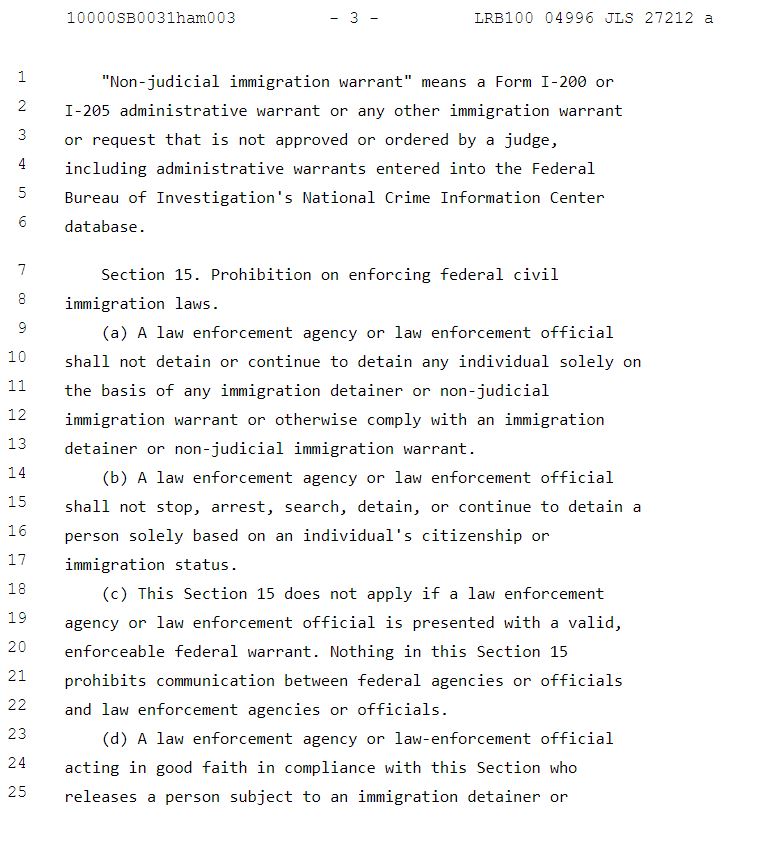 Here’s a photo of page 4 of the bill, which is the last page 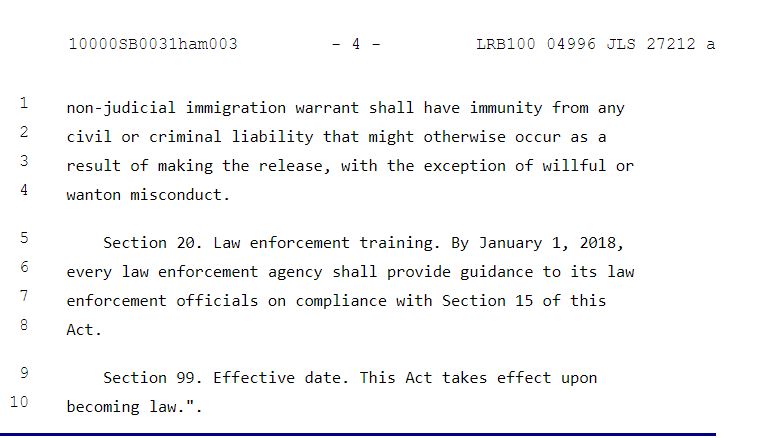 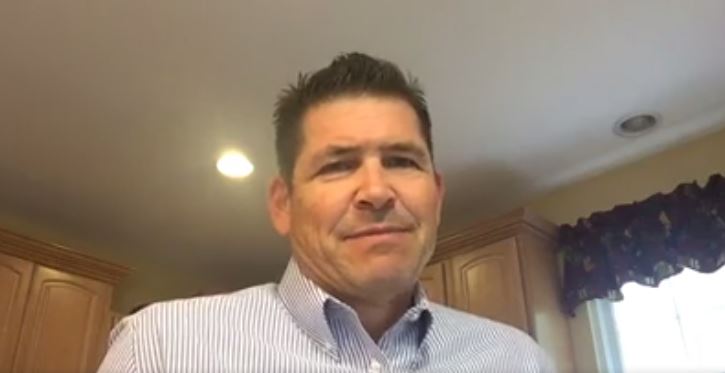 With his voice rising and clearly angry, Sen McCarter then reads from the Republican Party’s national platform, condemning the policy of offering sanctuary to illegal immigrants, and then asks, “Gentlemen… Did you forget that?”

“We in Southern Illinois may be country, but we’re not stupid”

“One of the first things we’re supposed to do is make our people safer.  And THIS, goes in the wrong direction.”  He closes with, ” May God help us save the State of Illinois”