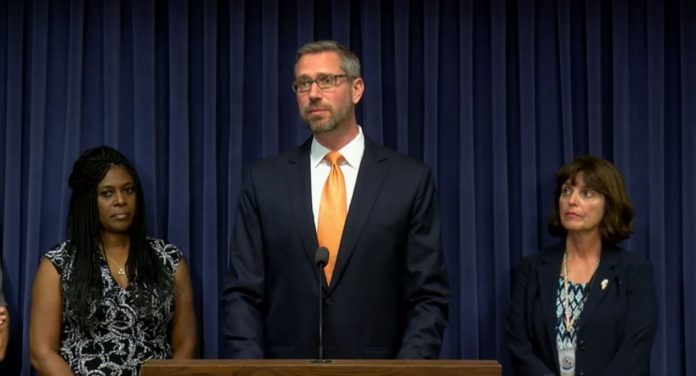 State Capitol:   State Treasurer Mike Frerichs called on the legislature to override the Governors veto of a bill that would require life insurance policies firms to go back 17 years and compare their policies against the Social Security’s Master Death list, to see if they owe money to families of individuals who died with a life insurance in place.

The bill, HB-302, passed the legislature with Frerichs urging, when it came to light that a number of life insurance firms were NOT using the Social Security Master Death list, to see if a policy holder had died.  Instead, some life insurance firms just treated these as lapsed policies, and said it was the duty of the family of the deceased to inform the life insurance firm that a death had occurred.

But many families say they are unaware of a loved one having a life insurance policy, when in fact, they should be recipients of sizable death benefits. House Bill 302 would require life insurance companies to search their computer files to identify policies that have not been paid to the rightful beneficiaries going back to the year 2000.

One of those appearing with the Treasurer at the press conference, was Anthony Visnesky, Jr, who was the beneficiary of a life insurance policy taken out by his father, who passed away in 1998.  But the son did not know his father had a life insurance policy, for many years after his father’s death.  Through an audit conducted by Frerich’s office, Mr Visnesky found out about the policy his father had.  Mr Visnesky, Jr said he’s used those benefits to care for his 95-year-old mother.

Contingency-fee Audits conducted between 2011 and 2015 uncovered more than $550 million in death benefits that were not paid to Illinois families.

Frerichs told reporters, that using contingency-fee auditors is a best-practice approach because it leverages expertise to maximize efficiency. Families receive every cent they are owed. Without the audits, insurance companies keep 100 percent of the death benefits.

“Rauner vetoed this bill because he wants to stop auditors who have successfully found hundreds of millions of dollars in unpaid life insurance benefits. However, auditors never get a penny of your loved one’s life insurance policy,” Frerichs said. “All Rauner did was take away the tool that allowed us to return $550 million to grieving families.”

The Treasurer said, that with Governor Rauner’s veto, firms will no longer be able to audit life insurance companies or any other company to make sure they are doing the right thing and paying residents what is owed to them.

The Treasurer said that an audit of some life insurance firms has brought about much of the funds that has come into his office, from life insurance policies that should have paid out benefits on the death of a policy holder, but didn’t.

Frerichs, “There some good players out there. But of the money that comes into our office from policies, only 20-percent come in voluntarily, while 80-percent comes in due to these firms being audited.”

State Senator, Sam McCann (R) joined the Treasurer at the press conference, to say that this was a case not of politics, but of just doing what is the right thing to do for Illinois families, and said he would be a vote to override the Governor’s veto.

“I’m not sure why we’re arguing that insurance firms should pay people what they’re owed.”

McCann said the legislature would now work on getting the votes to override the veto because its just the right thing to do. 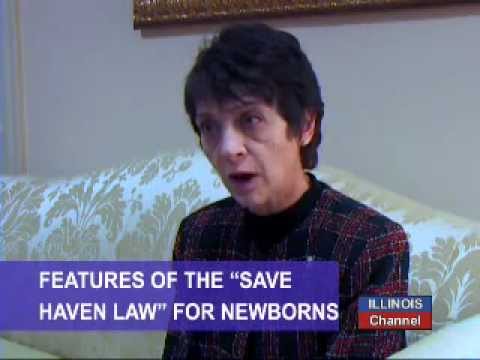 Speaker Madigan on the Budget Stalemate, Relations with Gov