Chicago — Much to the disgust of many conservatives who say this would make Illinois a “sanctuary state”  Gov Rauner on Monday, signed SB-31, which supporters call the “Trust Act” which allows illegal immigrants to report crimes to police departments, without fear of their then being deported for being in the country illegally.

The Northern District of Illinois federal court has found that immigration detainer orders from U.S. Immigration and Customs Enforcement are illegal. SB 31 reinforces that court ruling. Furthermore, under the TRUST Act, law enforcement shall not stop, arrest, search, detain or continue to detain a person solely due to immigration status. Instead, detainment will require a warrant issued by a judge. 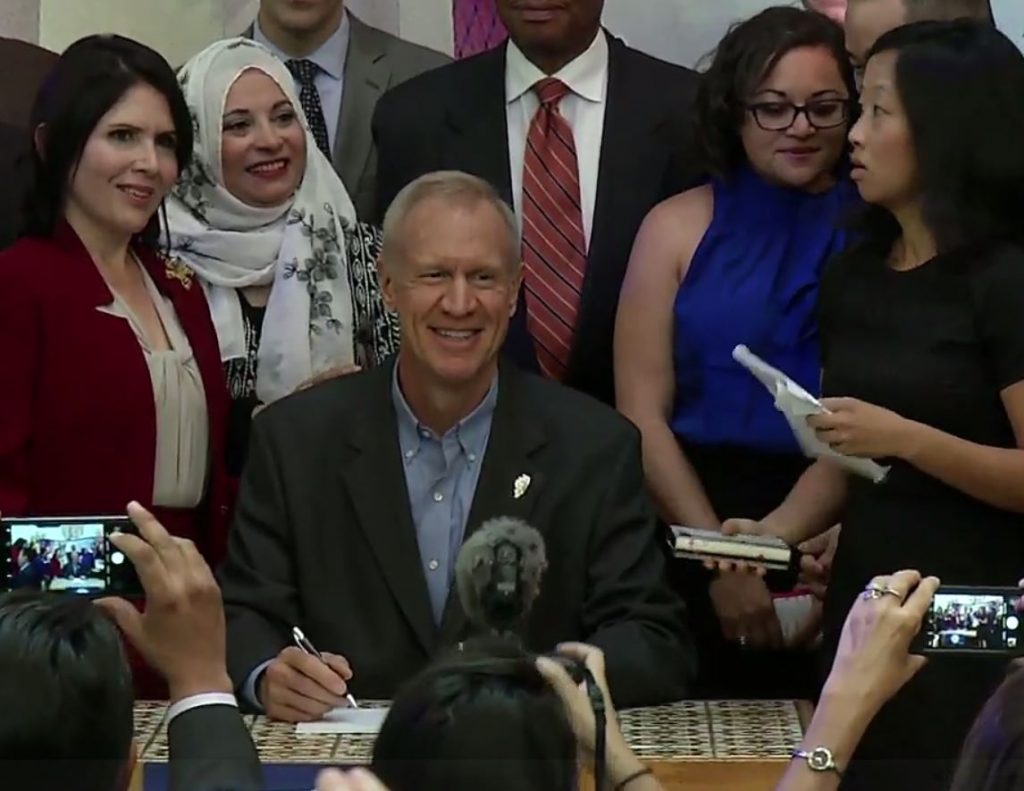 The Governor told the crowd that this was a difficult bill to get passed that included months of negotiations, including his calling a variety of law enforcement agencies to seek their advice.

He noted that many in Illinois did not want him to sign the bill.  But a primary reason he decided he would sign it into law, was due to law enforcement officers telling him, “this will help us to do our jobs better.  This will help us to keep our communities safer.”

On various social media platforms, critics of the bill say the idea that this is about helping law enforcement is an excuse, and that the primary purpose of the bill is to keep immigration laws from being enforced in Illinois, by Illinois law enforcement agencies, which they say is the definition of providing sanctuary from prosecution for illegally living and working in Illinois.  Many critics mentioned online that they had voted for the Governor, but if he were to sign this bill into law, he would no longer be supported by them.

Senate President John Cullerton (D), told the audience that this bill was similar to the bill that allowed illegals to get a drivers license, which improved safety by making them take a test and have insurance when driving.

Sen Cullerton, “So now if someone sees a crime, they can report it. You can help get a bad person off the street, because you yourself, won’t feel that you are in danger [of deportation]”