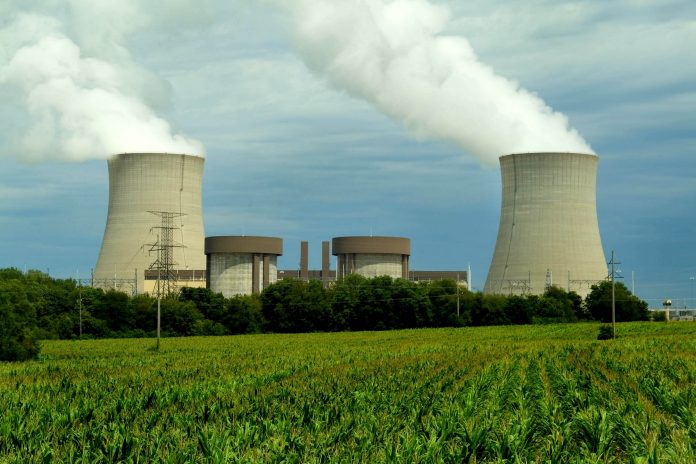 WASHINGTON- As the world continues to turn away from fossil fuels, and replace it with reliable power that is still affordable, it’s worth asking where your community gets its electrical power that is not generated by fossil fuels.

In Illinois the overwhelming answer is nuclear power.

Illinois’ six nuclear power plants generate 52.6 percent of the state’s power. Coal comes in second at 31.7 percent, followed by natural gas at 9.5 and renewables at 6.1%.

The six plants have a combined 11 reactors and account for 90 percent of Illinois’ carbon-free power.

But some environmentalists, like David Freeman, a senior adviser to Friends of the Earth, believe that states should be investing more in renewable energy and lessening their dependence on nuclear power. He said the argument that cutting nuclear power would lead to more fossil fuel energy use presents a false choice.

“You don’t want to just shut down those old [nuclear plants] and replace it with coal, or even natural gas,” he said. “No, you replace it with what [solar power] we’ve invented, which is the equivalent of Edison’s light bulb in terms of the enormity of the invention.”

However, in the electric generation field, the term “Base-load energy” refers to power sources that are available 24 hours a day, seven days a week, to keep the grid powered.  The obvious flaw with alternative power sources, such as wind and solar, is that they are NOT base-load energy sources.  The sun doesn’t always shine, and the wind doesn’t always blow. And there is no way to realistically store wind and solar power in the massive quantities one would need to power the grid.  As a result, for now, the grid has to be kept powered by either fossil fuels or nuclear energy.

The other major flaw with wind and solar, is the cost difference between them and coal or nuclear, with the alternative energy sources often costing three to five times as much to produce. That’s enough to put electrical power out of the budgets of most middle-class American families.

So in Illinois, the practical alternatives to coal is natural gas, or nuclear energy, which is so plentiful in Illinois that last year, two of Illinois’ nuclear plants were threatened with closure, because their operators said these plants were costing millions in annual losses to keep operating, due in part to low power prices.

And when those two plants, located in the Quad Cities and Clinton, were in danger of shutting down last year, the Illinois legislature bailed them out. Keeping those two plants open kept the equivalent pollutants of 4.2 million cars off the highways, according to the industry-funded Nuclear Energy Institute, because the state would most likely have turned to fossil fuel sources – coal or natural gas — to make up the difference.

“Without those nuclear plants, you’d have a lot of emission free power to replace,” said NEI spokesman Jarret Adams.

Freeman, 91, who chaired the Tennessee Valley Authority under President Jimmy Carter, said the Diablo Canyon Nuclear Plant in California, which will close in 2025, shows that a renewable energy approach is a viable alternative to coal and natural gas. Pacific Gas and Electric Co., which owns that plant, agreed to phase it out and invest in renewables and energy efficiency as part of a deal with environmental groups, including Friends of the Earth.

Yet phasing out nuclear plants in Illinois would come at a cost to the Illinois economy and communities. As of 2015, each reactor had an average payroll of $40 million; the six combined employ over 5,900 workers. They pay about $290 million in state and local taxes. Four of the six plants are in Republican Rep. Adam Kinzinger’s 16th district; he has proposed legislation to decrease industry subsidies to the Nuclear Regulatory Commission.

But Kinzinger also looked at the benefits of nuclear power beyond Illinois in a recent Sun-Times opinion article. He said with energy demands rising in the developing world, America has an opportunity to lead in providing commercial energy technology, like nuclear power, to these countries.

“Our nation could continue to lead the world in this technology that was invented and commercialized in my home state of Illinois, or we can cede this role to Russia and China,” he said.

In the short term, nuclear power keeps many pollutants out of the air, but the long-term problem of storing used energy sources still looms. Baker Elmore, director of federal programs for the Nuclear Energy Institute, said the problem is an “Achilles heel” of nuclear power.

Yet Elmore said he is confident there will be a solution and pointed to storage at Yucca Mountain in Nevada as well as the possibility of licensing private firms to store the waste. Congress passed legislation to store nuclear waste in an underground facility at Yucca Mountain in 1987, but efforts to fully implement that legislation have stalled. Storing the nation’s nuclear waste in Nevada, is highly unpopular among Nevada citizens, and for years, Nevada Senator Harry Reid, was the Majority Leader, and was successful in blocking the full development of Yucca Mountain as a nuclear storage depot.  And so for now, across the nation, the used nuclear rods are stored in concrete containers on-site or in cooling pools.

For Freeman and other environmental groups, theorizing a plan isn’t good enough.

“How can you morally generate more nuclear waste in this world today, without having any place to put it?” he said.

And therein lies the crux of the issue for Illinois, as it seeks to reduce its carbon emissions.  It can continue the broad use of nuclear power, which means Illinois has one of the cleanest power portfolios in the nation, in terms of limiting carbon emissions.

But when one takes the long view, the question for the proponents of nuclear energy will always be; Given that nuclear waste will remain dangerous for over 1,000 years… where do we store it?