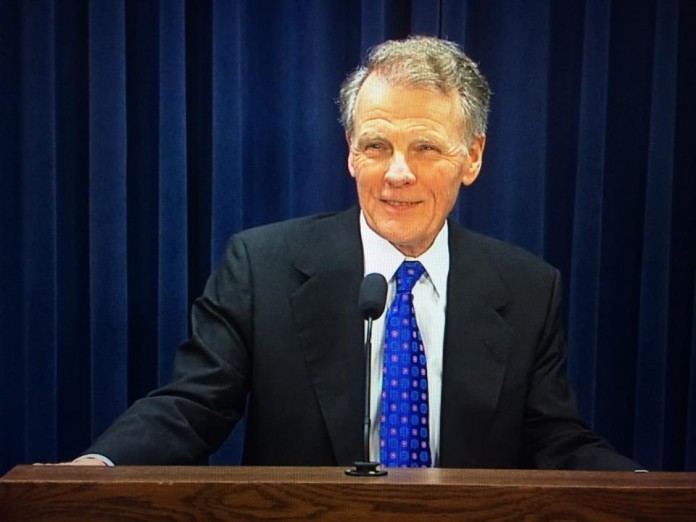 Congratulations to Speaker Michael Madigan, who set a new national record for the longest serving House Speaker in American history.

On Saturday, August 5, 2017, he became the longest-serving state House speaker in U.S. history.

Speaker Madigan was first elected House Speaker in January, 1983, at the age of 40.  This past April, he turned 75.

Mr Madigan’s served in the Speaker’s position but for two years, when the Republicans took control of the House in the 1994 election, and Rep Lee Daniels served as Speaker, only to lose control of the House in 1996.  Interestingly, the traditional offices of the House Speaker were located directly behind the Speaker’s podium in the House.  But when Lee Daniels took over the suite of offices there in January, 1995… Madigan had to move to another suite located on the Capitol’s third floor, immediately over the Governor’s office.
When the Democrats won back the House in the election of 1996, Mr Madigan declined to reclaim the traditional block of office space behind the podium in the House Chamber.

The Speaker has now passed the tenure of the previous record for serving as Speaker, which was held by former South Carolina Speaker Solomon Blatt, who held the office for 11,893 days.