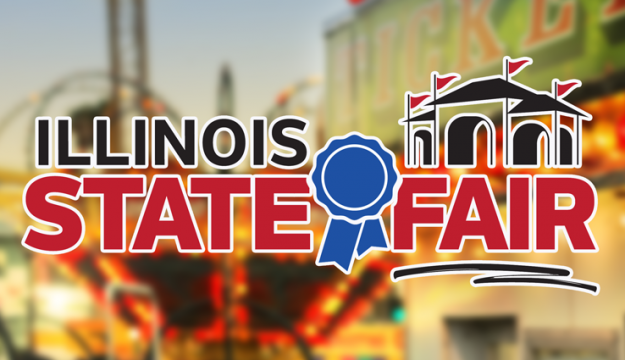 Springfield –  Members of the Department of Agriculture and the Illinois Depart of Natural Resources, briefed the press today on a series of events and improvements that they say will be setting the stage for one of the best State Fairs ever.

They say as long as the monsoon rains — that flooded the fair grounds on the first day last year — stay away, then they are prepared for large crowds to visit places like the “Thrillville area”  remote control races of small track cars, where 192 visitors daily can compete.

The Fair will also feature a variety of roving entertainers moving through the crowd, including a 8 1/2 foot robot moving around the fair grounds.

On Wednesday, August 15, will be “Governor’s Day” at the Fair, where Republicans gather and hear the speeches from their party’s candidates.  The Democrats this year will NOT participate, but will hold their meeting on August 16 at the Crowne Plaza in Springfield. 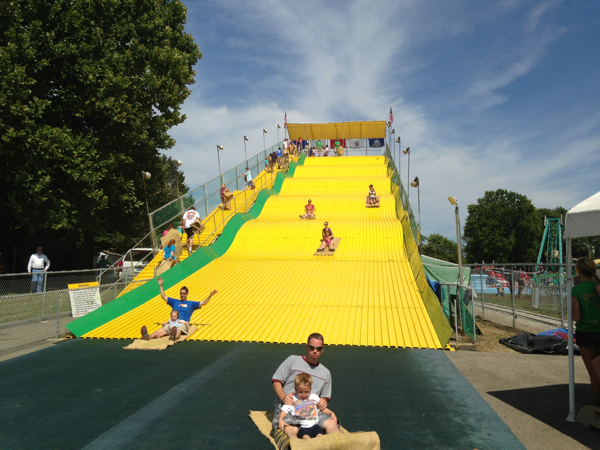 Of course the tradition is to also have a cow that is carved from butter.  There’s always the competition among farm families in various animal categories, such as sheep, goats, pigs, and cows.  And there’s the area of rides and slides for families to enjoy.

Among the unusual events to watch, will be professional lawnmower races, where the lawnmowers go 40 to 50 mph.  Peter Noone, of the 1960s”Herman’s Hermits” group will be among the entertainers.

There will be a craft beer competition, which the winner will be selected as the “Beer of the Bicentennial”.

Last year the Fair sold over 58,000 tickets and brought in $1.2 million in revenues, and the organizers say their ticket sales are running ahead of last year, with approximately 85% of the cost of the Fair now covered.

The Fair starts on August 10 and runs through August 20. The Fairgrounds are open from 7 am to midnight through the Fair days.

For more information, including what days there are discounts for seniors, veterans and the cost of tickets, visit the Fair’s website https://www.illinois.gov/statefair/info  #stateFair