ICYMI: The Boeing 787-10 Dreamliner First Flight was LIVE from South Carolina where we watched the landing of the newest member of the super-efficient Dreamliner family.

On Friday, March 31, Boeing launched the first flight of the 787-10 Dreamliner, which is the newest and longest member of the super-efficient 787 family. As a stretch of the 787-9, the 787-10 leverages proven technology, long range and preferred passenger experience, with greater efficiency: 10 percent better fuel and emissions than the best on offer by the competition and 25 percent better than the airplanes it will replace.

According to Boeing, the newest version of its Dreamliner series can carry 330 passengers, which is 14-percent more than previously.  It can also carry 15-percent more cargo.   With greater fuel efficiency, this goes to helping airlines around the world save on operating costs, while also helping Boeing customers increase revenues with the larger seating and cargo capacity.

This is significant for Boeing, for Illinois and for the United States.  As a company, Boeing is the LARGEST American exporter in terms of dollars sold to overseas customers.

The competition with airliners from other nations – including AirBus, the European joint project — has grown fierce, and therefore it’s very important that Boeing has brought forth a new airliner that offers a competitive advantage over foreign competition.

It’s not just important for the corporation, for Boeing employs tens of thousands of American workers directly in states across the nation, as well as thousands more working for vendors selling parts to Boeing that go into the construction of the Dreamliner 787-10. 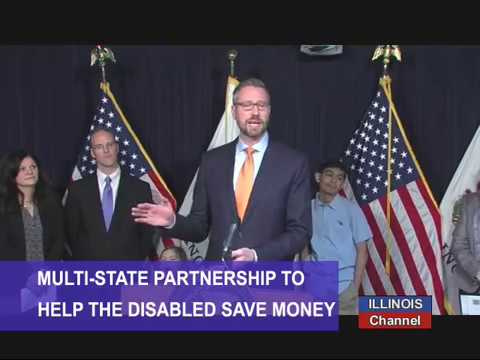 State Treasurer Mike Frerichs, on Savings Accts for the Disabled

Can Schools Improve by Incorporating Students’ Ideas on Education?

In the Race for the Republican Nomination for Governor, Rep Ives Responds to the...