Perhaps the main domestic news to come out of the press conference was the President saying about being wiretapped, “We said nothing. All we did is quote a certain very talented legal mind. We didn’t have an opinion on it. It was a very talented lawyer on FOX [news].  And so you shouldn’t be talking to me, you should be talking to FOX.”

This was a reference to radio talk show host, Mark Levine, who laided out in a broadcast a series of published reports, that referenced the Obama administration seeking to get a warrant for a wiretap on the Trump campaign. FOX News host Bret Baier on March 3, repeated the reporting of Mark Levine, which the President apparently watched, and tweeted the following day that he had been wiretapped by the Obama administration.  And that set off a firestorm of reports, and many denials from national security officials.

On trade issues, President Trump told the reporter he was not an isolationist, that he favored trade, but wanted “Fair Trade” and noted that Germany had out negotiated the United States in trade agreements, but he didn’t say in what areas that was the case. 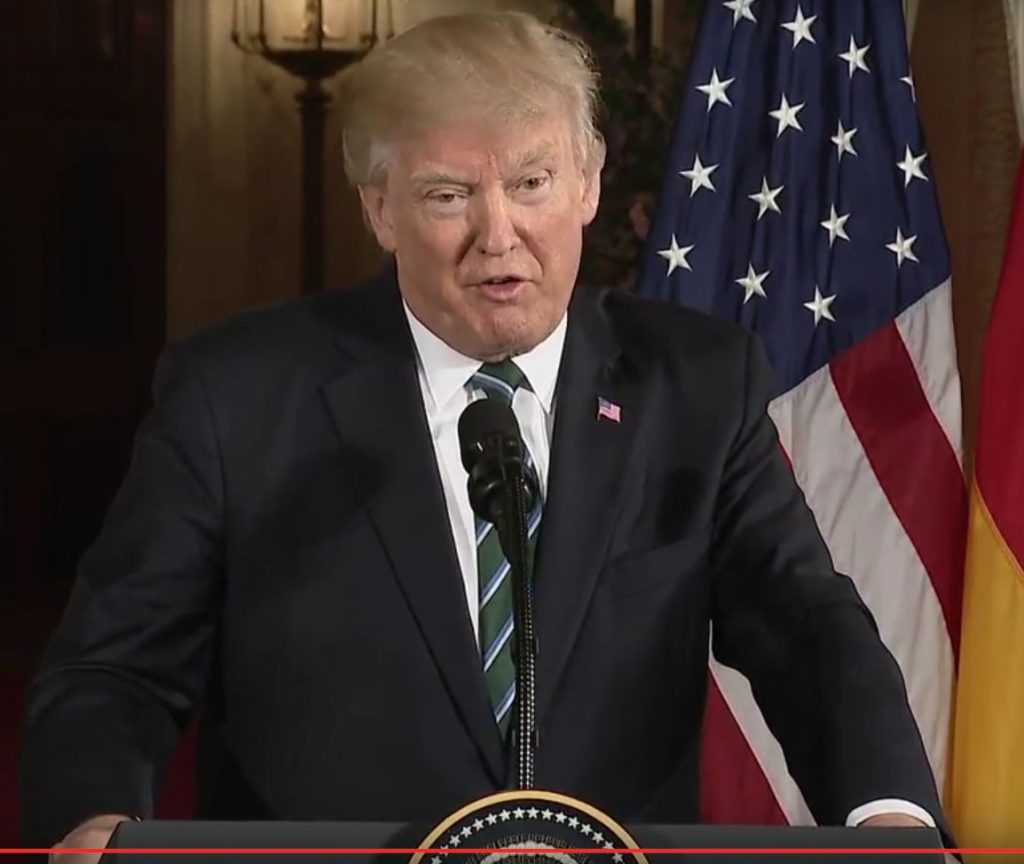 And on the issue of whether he had been wiretapped by the Obama administrations, Mr Trump said pointing to the Chancellor, “That at least we have something in common, perhaps,”

This in reference to the fact that the Obama administration had tapped the mobile phone of the German Chancellor.

In reference to his tweeting, he said regretted very few of his tweets, and that is was a good way to get around a hostile media.

On foreign affairs, the President applauded Germany’s contributions to helping to defeat ISIS. And on his efforts to limit immigration from six Middle Eastern nations, whose central governments have virtually collapsed, the President said, “Immigration is a privilege, not a right.”

Those themes, of mutual cooperation on fighting terrorism and the expansion of trade were key to the meeting. Mr Trump said that in the past, German trade negotiators have done a better job than the American negotiators, but “maybe we can even it out.  We don’t want victory, but fairness. All we want is fairness.” 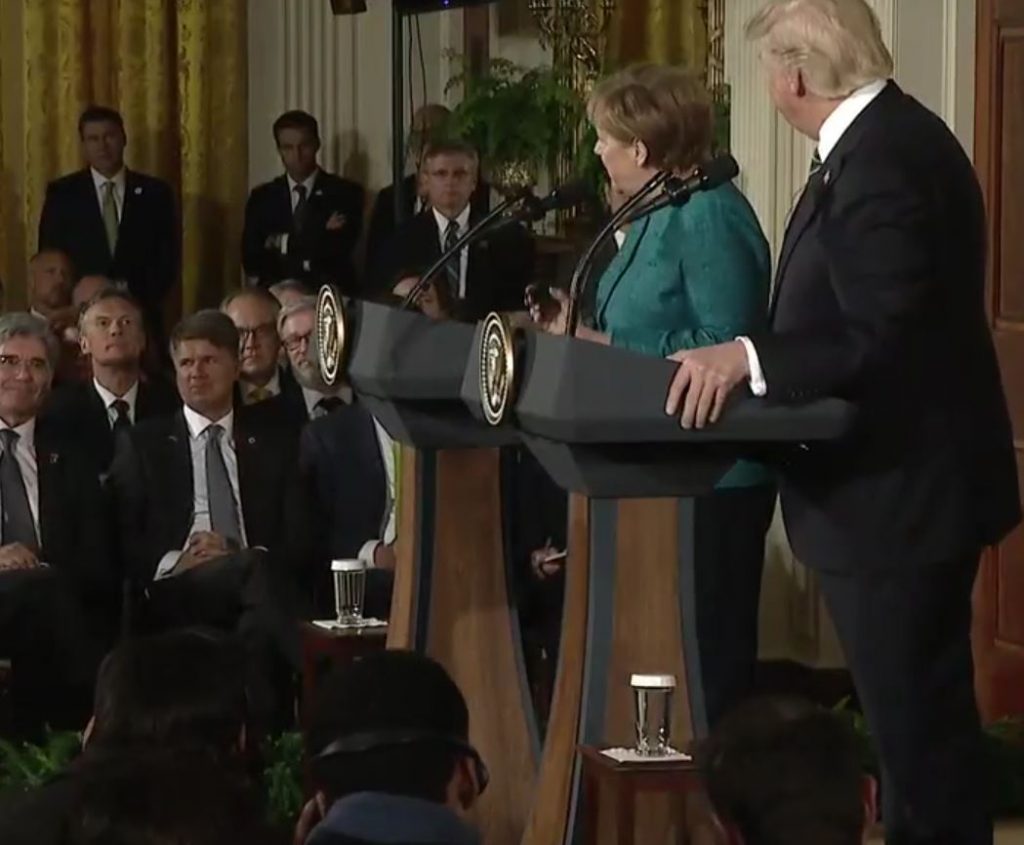 Chancellor Merkel agreed that Germany should be spending two-percent of GDP on military funding and Nato, which was a key issues pushed by the President in the campaign, where he noted only two of our NATO members were meeting their 2% of GDP commitment to NATO.

The Chancellor, said she was also gratified to be working with the Trump administration to find a peaceful solution to the issue of Ukraine, where Russia has attacked the nation in the past, and threatened the Ukrainian government to be more pro-Russia in their affairs.

Following the press conference, the President and Chancellor Merkel planned a luncheon and working group with their staffs, on details concerning trade and security issues.