From the State Capitol: Twenty Illinoisans voted as members of the Electoral College on December 19, 2016, as part of the Constitutional requirement of the election of the President of the United States, to have electors from each state cast their ballots.

As expected, the Illinois electors cast all 20 votes for Hillary Clinton for President, and Senator Tim Kaine of Virginia, as Vice President.  Illinois was carried by the Clinton-Kaine ticket in the popular vote, on the national election of November 8.

Nationwide, there are 538 electors, with a count of 270 needed to be elected President. According to the popular vote cast on November 8, Donald Trump won 306 Electoral College votes, to Hillary Clinton’s 232 electoral college votes.

While it won’t matter much in the history of the nation, it may be noted that this is the FIRST TIME that electors from Illinois voted for a woman in the Electoral College.

The vote was Chaired by Cook County Board President, Toni Preckwinkle, who had a slight snag in the process when she failed to inform the electors to cast two ballots when voting… one for President and one for Vice President. 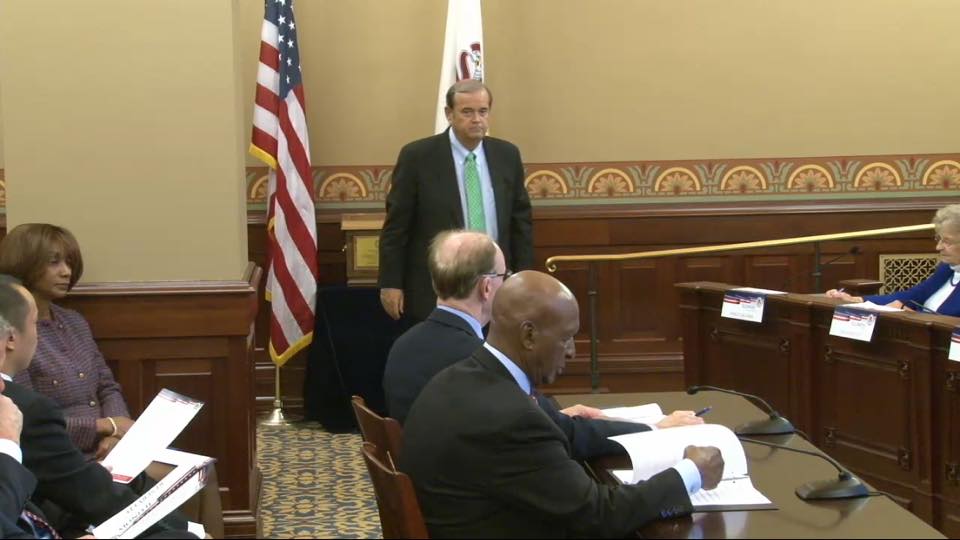 Some of the electors, such as former US Congressman, Jerry Costello, had to get up a second time, to cast their ballot for Vice Presidential candidate Tim Kaine.

While there was a lot of speculation as to whether some electors would change their minds, and vote separately from what the popular vote of the state was on November 8, those changes were to come from states carried by President-Elect Donald Trump.

The vote of the Illinois electors was carried LIVE to a national audience on C-SPAN.