From the State Capitol:  On what was supposed to be the first day of a summer House session, which Speaker Madigan had said would be, “Every Wednesday in June”  Gov Rauner, held a press conference to denounce the cancelling of the session by the Speaker and accused the Speaker of being more interested in creating a crisis for political purposes, than in fixing the state’s problems. 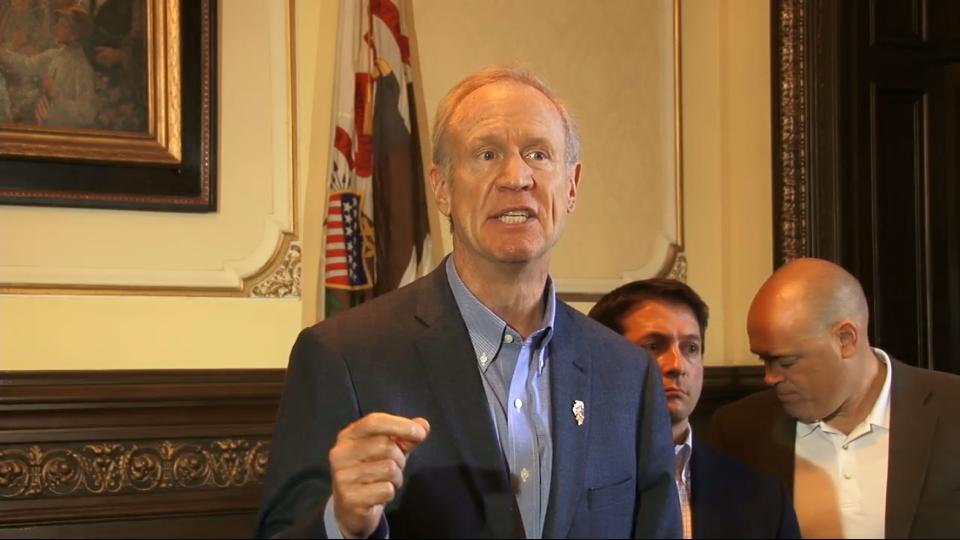 Joined by Sen Jason Barrickman, (R) and Rep Ron Sandack (R), and Education Secretary, Beth Purvis,  the Gov and lawmakers repeated themes they’ve made in the past, that the Republicans are offering a “no strings attached” funding bill to get the state programs funded beyond the November elections.  And they’ve offered to fully fund the state’s current education funding formula, plus additional funds, so that no school district will get less money than it did last year.

As Sec Purvis noted, under the current funding formula, Chicago Public Schools were scheduled to get $74 million less this coming fiscal year, due to a drop in student enrollment.  But under the education bill proposed by the Gov and legislative Republicans, CPS would not have any drop in funding from last year.

Speaker Madigan had announced a cancellation of Wednesday’s session, by noting there was progress being made in the budget working groups, comprised of a bipartisan mix of lawmakers.  In light of that alleged progress, the Speaker wanted to let them continue their work, and hold a session a bit later — perhaps — on June 15, the next scheduled session date.

Immediately following the conclusion of the Gov’s press conference, Speaker Madigan’s office issued a response in writing, attributing the remarks to the Speaker:

“While Governor Rauner continues his campaign-style tour, laden with personal attacks against those with whom he says he wants to work cooperatively, we remain committed to finding a solution to the state budget crisis, including a temporary budget to ensure schools open on time.

There are very real concerns within our caucus about the governor’s proposal that need to be answered. By not funding many critical programs and services, the governor is putting office supplies ahead of cancer prevention. He refuses to fund grants for college students in financial need, which would kick many students out of school. In his plan, the governor refuses to fund life-saving breast cancer screenings for women and programs for domestic violence and sexual assault victims. The governor’s plan fails to fund programs that provide care to frail elderly residents.

The governor wants to fund many operations of state government, including the state’s vehicle fleet and office supplies instead of providing life-saving services for Illinoisans. We, and the people of Illinois that we serve, have very serious concerns with the governor refusing to fund these programs in his proposal. We are committed to negotiating with the governor to fund these programs within the temporary budget, but many questions remain.”

The Governor continued to say he’s willing to compromise on a host of issues, 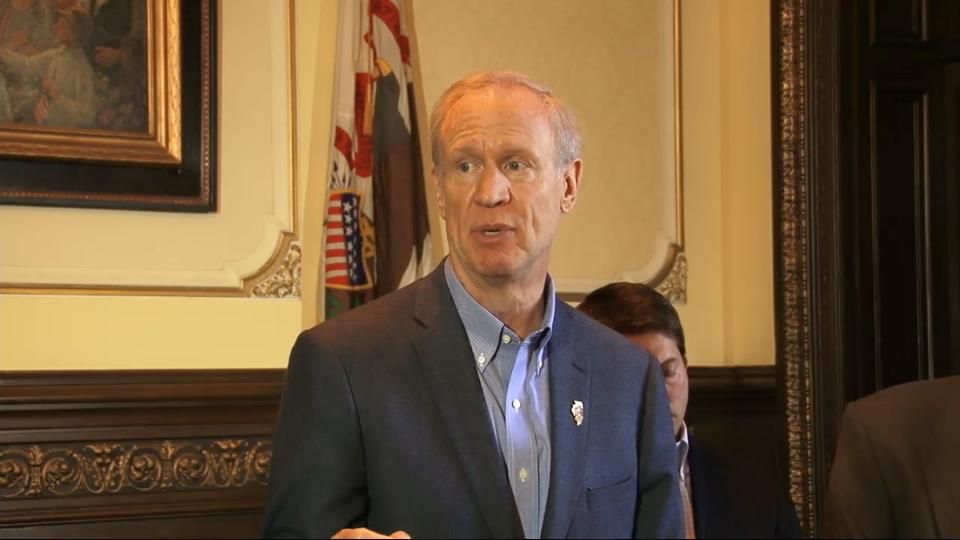 and noted in the past his reform agenda had contained as many as 44 elements.  And he noted that the real key to returning Illinois’s pensions, education and social services to being fully funded, is the wave of new revenue that would come into the state, if the state’s economy was again growing every year — at least in line with the national economy.

As the Governor noted in previous speeches, if Illinois’ economy had just grown at the rate of the national economy, over the last 15 years, the state would now have an additional $19 Billion in revenue.  Enough money the governor said, that the state would be in fine shape without requiring any new taxes.
And so the standoff that’s held up the passage of a state budget for over 12 months, continues with much the same rhetoric being offered by both sides, but this year, with the added potential disaster of elementary and high schools failing to open in the fall.