The Illinois Channel is governed by a Board of Directors, whose members come from many backgrounds, including business, law, medicine, journalism, and politics.  Our Board members also reflect the rich diversity of the state, with members coming from across Illinois.  As such, they bring an awareness of life in rural communities, as well as life in our developed urban areas.

For nearly 35 years, he worked with the Municipal League, rising to serve as the Executive Director.   During his tenure, he worked with five different administrations, in representing the legislative interests of Illinois municipal government.  As a leader of one of the most influential organizations in Illinois for many years, Mr Alderson knew and worked with virtually every leading political figure since the Ogilvie Administration.

Linda Brookhart has served as Executive Director of the State Universities Annuitants Association (SUAA) since March of 2007.

SUAA advocates on behalf of all faculty and staff of public universities and community colleges – both retired and current employees – their spouses and survivors, those who are participants and beneficiaries of the State Universities Retirement System

During her tenure as Executive Director, SUAA was a leader in defending their members pension benefits when lawmakers passed a bill that would have lowered benefits. In part, as a result of SUAA’s challenge to the Pension Reform Bill, SB-1, the Illinois Supreme Court ruled the changes the law would have made, to be unconstitutional. 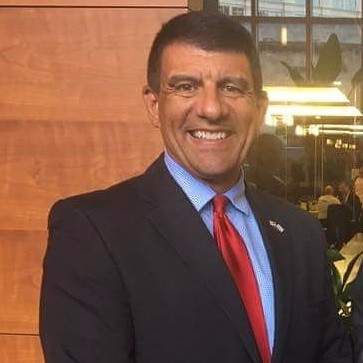 Established through federal and state initiatives, the Center promotes rural development and economic stimulus and is providing tomorrow’s workforce with the skills needed to meet the challenges of a changing energy environment. The NCERC assists in developing the technologies needed to reduce U.S. reliance on foreign oil and provide consumers with economically sound and environmentally responsible fuel options.

John joined the Illinois Channel Board of Directors in December 2018.

Roger Eddy was selected to head the IASB in 2012. Prior to joining the IASB, he spent 15 years as Superintendent of Hutsonville CUSD 1. His career includes 31 years in education, as a superintendent, principal and teacher.

Beginning in January, 2003 Mr Eddy also served five terms as a State Representative in the Illinois General Assembly, where he worked as one of the “Budgeteers” for the House Republicans.

Mr Eddy was elected to the Illinois Board of Directors in 2015. He serves on the Programming Committee.

Dr. Jones graduated from University of Illinois College of Medicine in 1992 and has been in practice for 24 years.

She completed a residency at University of Illinois College of Medicine. She has served on the Illinois Board of Directors since 2011.

Originally a native of St. Louis, where he owned and operated a printing business for 11 years, Mr. Martin has lived in Illinois for 19 years.

Prior to his move to Springfield, Mr Martin worked at C-SPAN, where he served on the Congressional Coverage unit.  He also was assigned to the team that produced coverage of the 1996 Democratic Convention in Chicago.

After coming to Illinois, Mr Martin covered the Illinois Legislature as the Capitol Bureau Chief for WAND-TV, in Central Illinois, where he was the recipient of an AP award for feature reporting.

Given his background at both C-SPAN and in covering the legislature on local news, Mr Martin was selected to run the University of Illinois at Springfield’s Planning Study into establishing a C-SPAN type network in Illinois.  The Illinois Channel is the result of that study.

Mr Martin is the father of three grown boys, Thomas, Andrew and John. 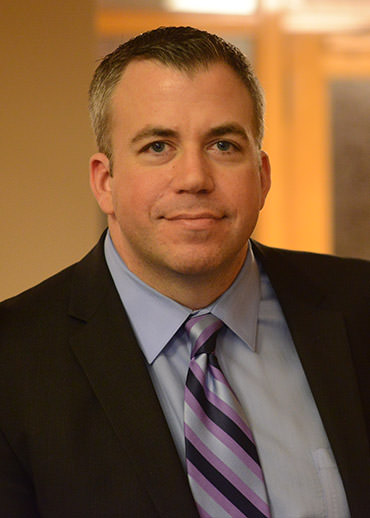 Ryan McLaughlin is president and CEO of Mac Strategies Group. Since launching in 2008, McLaughlin has directed the firm’s success into becoming one of the most sought after teams for executing savvy communications and issue advocacy campaigns throughout Illinois.

McLaughlin brings over twenty years of political, media, government and public affairs expertise to clients who require effective public policy campaigns. A veteran of several state and federal campaigns, along with governmental roles in the Illinois state legislature and on Capitol Hill, his vast experience translates into a wealth of strategic expertise relied upon to counsel clients no matter what challenge they are facing. His strong network of contacts in local, state and federal government, combined with extensive media contacts across the state, makes him one of the most successful political and media operatives in Illinois. Campaigns and Elections magazine has named him one of the “Top Influencers” in Illinois politics and his firm has won nearly two dozen awards for waging successful communications and issue advocacy campaigns.

Ryan McLaughlin joined the Illinois Channel Board in July, 2016

He was first appointed to a senate position in 1998 to fill a vacancy following the death of former State Senator Marty Butler. He was subsequently re-elected in 2000 and 2002.  As a State Senator, Dave Sullivan became one of the founding members of the “Sullivan Caucus” made up of Republican and Democratic members that host an annual St Patrick’s Day party.

Mr Sullivan holds a BA degree in Political Science from Marquette University.  Mr Sullivan is married and the father of four children. He joined the Board of the Illinois Channel in July, 2015.