April 24, 2020 – In the midst of the world-wide pandemic, it’s almost forgotten that the nation is holding a national election this year. In Illinois, the Senate seat now held by Dick Durbin (D), who is seeking a fifth term in the US Senate, is one the voters of Illinois will decide.

Mark Curran, is now the Republican candidate hoping to defeat Sen Durbin in the November election. Curran, who says he grew up in a Democratic household, whose father was a union lawyer, is making the case that blue collar, middle-class voters are not longer represented by the values of the Democratic Party.

Curran, also argues the days of “Country Club Republicans” are now over and the values of the Republican party, its economic policies of prioritizing American jobs and American national security, are in stark contrast to the agenda laid out by the Democratic party. 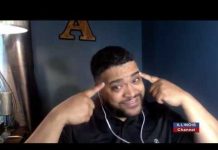