CHICAGO – Building on a wave of events throughout National Human Trafficking Awareness Month, the hotel industry of Illinois is continuing the fight to end human trafficking.

At a summit with key stakeholders, nearly 500 hotel employees attended a training on what to look for to recognize possible human trafficking victims.

Due to an influx of visitors during large events, increased instances of human trafficking can occur, which is why the hotel industry is focused on regional training events as part of the No Room for Trafficking  campaign’s goal of training every hotel employee to spot and stop trafficking.

The event in Chicago follows a summit on Human Trafficking at the White House, and comes on the heels of a half-day summit in Miami ahead of the Super Bowl where the hotel industry brought together the National Football League, elected officials, national and local Florida organizations and human trafficking prevention groups to kick-off a month-long series of events to raise awareness about the scourge of human trafficking which affects 40 million people around the globe.

During the 2019 NBA All-Star Game in Charlotte, local police warned city residents to be on the lookout for trafficking as millions visited the city during NBA All-Star weekend. As part of this month’s awareness activities, AHLA is convening the broader travel community to help raise awareness around this critical issue ahead of the 2020 game in Chicago.

In an effort to help spot and stop traffickers who exploit the travel and tourism industry, the American Hotel & Lodging Association (AHLA), in partnership with the Asian American Hotel Owners Association (AAHOA) and the Illinois Hotel & Lodging Association (IHLA), hosted the event which featured a human trafficking prevention training session certifying at least 300 hotel employees and highlighted pivotal partnerships with law enforcement and effective tools that have been implemented to reduce the number of incidents of trafficking in hotels.

“Human Trafficking is a deplorable crime that damages and destroys millions of lives. That’s why we in the hotel industry believe it is critical to organize our entire industry around a united approach to combat human trafficking and build partnerships with law enforcement officers and leaders in the prevention space, including Governor Pritzker, Attorney General Raoul and Mayor Lightfoot,” said Chip Rogers, president and CEO of AHLA. “Our goal is to have every hotel employee in the United States trained on how to spot and stop trafficking, and while there is still much more to do, we believe our shared commitment to training and education will continue to make a difference.”

Already each year, thousands of hotel employees are trained on how to spot and stop trafficking. With the launch of AHLA’s No Room for Trafficking campaign and AAHOA’s Human Trafficking Awareness Training, the hotel industry is continuing its strong record by convening the entire industry around the goal of training every hotel worker.

“Human trafficking isn’t something that only happens at global entertainment events or in other countries. This is something that happens to children here in Illinois and across the United States, in communities urban and rural alike, every single day,” said Governor J.B. Pritzker. “Starting this summer, every employee of an Illinois hotel or motel who interacts with guests will understand their role in the fight to end human trafficking. That’s real progress—but it’s only one step in ending a practice that affects tens of millions of people worldwide. All of the work we do at the state level is only truly effective if every day Illinoisans are alert and report any signs of human trafficking — and nowhere is this more true than with members of the hotel industry.”

“Hotel employees are uniquely positioned to help identify and prevent this horrible crime, and we take our responsibility to stop human trafficking seriously. That’s why we worked with lawmakers and the governor’s office to put in place a new law that will require hotels across Illinois to train employees on how to recognize human trafficking, including establishing protocols on when to contact law enforcement. This effort will standardize practices already in place across the state, ensuring continued cooperation with officials to put an end to this crime, support victims and bring traffickers to justice,” said IHLA President and CEO Michael Jacobson.

Attorney General Kwame Raoul said, “Coordination between law enforcement and the private sector is essential to ensure that instances of suspected trafficking are identified and properly reported.  My office is proud to assist in the effort to end human trafficking and promote awareness within the industry across Illinois. The hotel industry’s leadership through training and streamlining reporting mechanisms will help turn the tide in this important fight.” 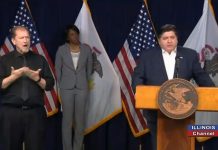 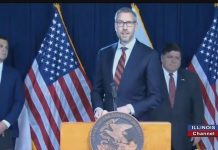