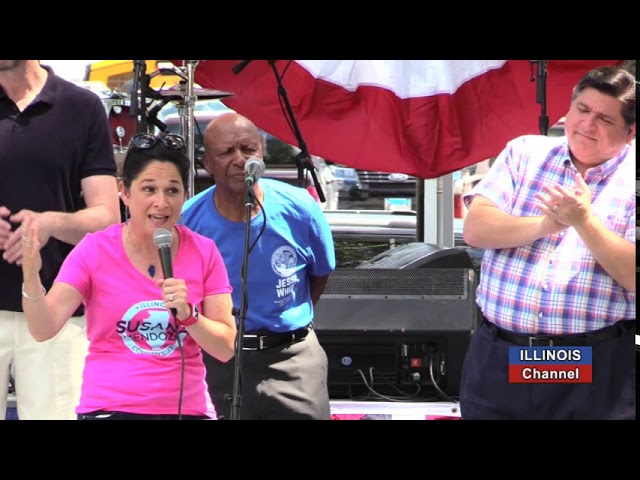 Springfield – At Governor’s Day at the 2019 State Fair, Democrats celebrated that their party now holds every single statewide office, both US Senators, both chambers in the legislature, and the majority of US Congressional seats.

Where Republicans worked to stir the party loyalists with the need to take back power, Democrats cheered as their elected officials counted off their passage of various bills; the $15 per hour minimum wage increase, the passage of recreational use of marijuana, a state budget and the largest capital bill ever passed in the state.

The risk for Democrats, which was not stated — is that with all the power, comes all the responsibility for what follows. If their programs are popular, they can take the credit — but the blame will also be theirs, should the economy stumble, or their policies perform poorly in practice.

Politics, Personalities, Policies and business developments! Stay in touch with one of the most politically active, and important states in the USA! Follow us on Twitter: @IllinoisChannel