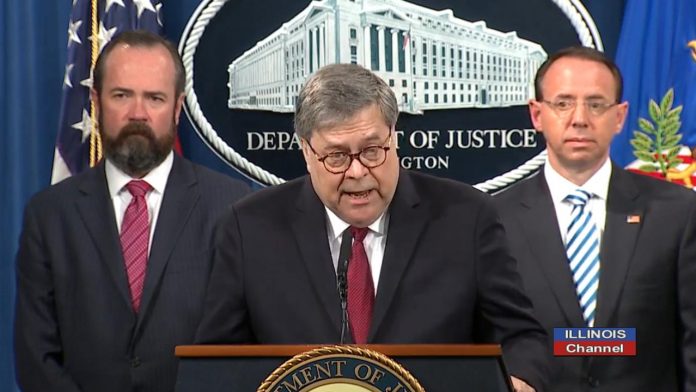 Dept of Justice, Washington, DC, April 18, 2019 – Attorney General William Barr held an early morning press conference on the release of the report into Russian interference in the 2016 election, and whether there was any evidence to support claims made that the Trump campaign colluded with Russians to interfere in that election.

The Attorney-General told reporters the report by Special Counsel Robert Mueller, that was conducted over nearly two years, held that there was NO evidence of collusion by the Trump campaign, nor by any other American. Mr Barr said the report also cleared the White House of any allegations of Obstruction of Justice, noting the White House fully cooperated with the investigation, and that NONE of the redactions included in the Mueller report, were due to the White House claims of Executive Privilege