We talk with the Illinois Petroleum Marketers Association to hear what they say could be the consequences on gas station owners across the state, if the gas tax is increased from 19 cents a gallon to 38 cents a gallon — or more.

Bill Fleischli, the Executive Vice President of the Association, says a number of his members are planning to build more gas stations in the coming year, but the impact of a potential doubling of Illinois’ Motor Fuel tax on top of the recent near doubling of the state’s minimum wage law — means they’ll build few new stations in Illinois. With each station employing approximately 15 people, the loss of jobs and revenue to the Illinois economy is felt — and often impacts small rural areas the most, where employment opportunities are limited.

Fleischli says one of his members told him recently that he plans to build 40 new stations this year, but all of those but four will be built outside of Illinois. He says those four will NOT be built here, if the motor fuel tax doubles.

In fact Fleischli says over 700 stations have closed operations in Illinois over the last five years. He says after the state’s minimum wage bill was signed into law in January, one of his members called him to say he was pulling the plug on his station in Springfield, and putting it up for sale.

As the discussions in the State Capitol continue over how to finance a new Capital Bill — that members of both parties wish to pass, as it’s been around 10 years since the last Capital Bill passed — the Petroleum Marketers’ Association is looking to be a part of the discussions and bring new ideas to the table, so a Capital bill is not financed just on the motor fuel tax. 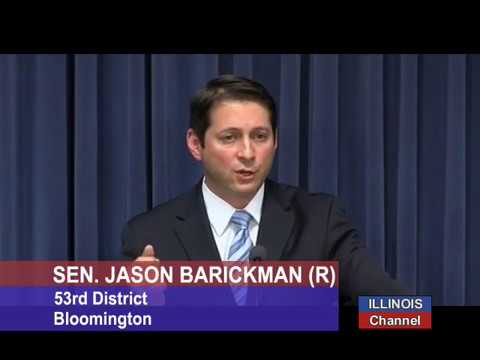 Jim and Brenda Edgar Discuss their Lives in the Public Arena