State Capitol, March 26, 2019 – Illinois Republican Senators propose a new constitutional amendment, that would require a 2/3rds majority in the legislature to pass any new taxes. They argue it’s too important for the middle-class families in Illinois, who are under severe financial strain, to have tax increases passed by a simple majority.

Following this press conference, a statement was put out by the “Think Big” organization — a group tied to Gov Pritzker.

“Republicans in Springfield are so desperate to keep our current unfair tax system that they are resorting to political stunts in an attempt to ensure a system that disproportionately places the burden on middle and lower-class families stays in place.

“It’s not surprising that Republicans are using every trick in the book to protect the wealthy donors they rely on to fund their campaigns, but Illinois needs a fair tax to modernize our tax code and bring in much-needed revenue, which will go toward helping solve our budget crisis and fund critical programs, including our schools.

“Under Governor Pritzker’s fair tax plan, 97% of Illinoisans will see no state income tax increase, with only those making above $250,000 paying more. That’s the kind of tax system Illinois’ working families deserve, and that’s what Think Big Illinois will continue to fight for.” 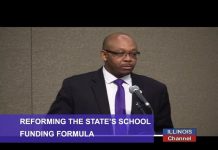 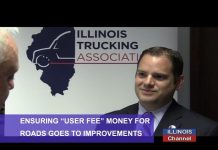 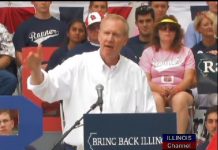 2014 Republican Day at the State Fair