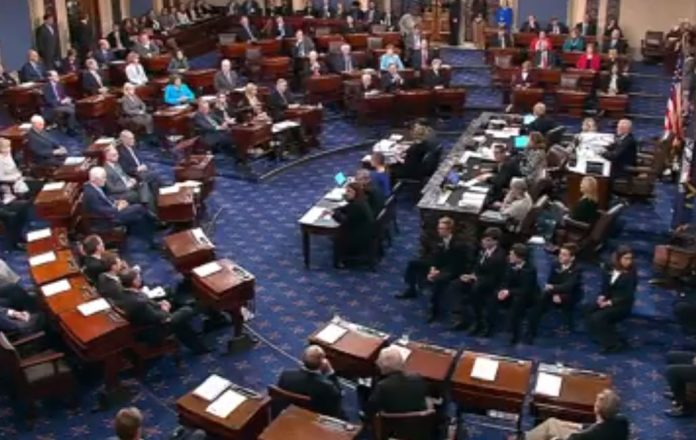 Washington, October 6, 2018 — With Vice President Mike Pence in the Presiding in the Senate Chamber, the US Senate voted, 50-48 to approve the nomination of Judge Brett Kavanaugh to the US Supreme Court.

The marks the end of a process that was among the most contentious appointments to the US Supreme Court in US history, as in recent years the Court was frequently divided along conservative-liberal ideological fault lines, with frequent votes of 5-4. The swing vote on many of these issues was Justice Anthony Kennedy who Judge Kavanaugh was selected to replace when Kennedy announced his retirement this summer.

Now with Kavanaugh’s elevation to the US Supreme Court, the swing vote is gone and the Court appears to be now constructed to produce votes that will reflect a solid conservative majority, of 5-4, with no justice swinging back and forth, as Justice Kennedy did.

In less than two years in office, President Trump has now put two conservative justices on the US Supreme Court.  This was one of the President’s major campaign pledges to Republican voters and he has now produced one of the most conservative Courts in US judicial history.

Following the Senate’s confirmation of Judge Kavanaugh, President Trump tweeted his congratulations to the Senate, and said he would sign the Commission of Appointment, with Judge Kavanaugh to take the oath of office from Chief Justice John Roberts later today, so that he will join the other Justices on the Supreme Court when it returns to session on Tuesday.

Even as the roll-call of votes was being taken, protesters in the Senate Chamber sought to disrupt the proceedings, with chants shouts.  VP Pence repeatedly called for the Sargent-At-Arms to quell the disruptions, which erupted multiple times.

After the Cloture vote on Friday to end debate on the nomination after 30 hours of debate, the vote on final passage of his nomination was then in little doubt.  On Friday afternoon, Sen Susan Collins (R-ME), announced her support for Judge Kavanaugh as did Democratic Senator Joe Manchin (D-WV), the only Democrat to vote for passage.

One Republican Senator, Steve Daines, did not vote as his daughter was being married on this day.   Had his vote been critical for passage, there had been plans to have him fly to Washington on a private jet, but after the vote count on Friday and subsequent announcements by other senators, it became clear that Daines vote would not hold the margin of passage and would not be needed. 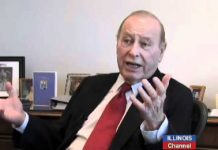