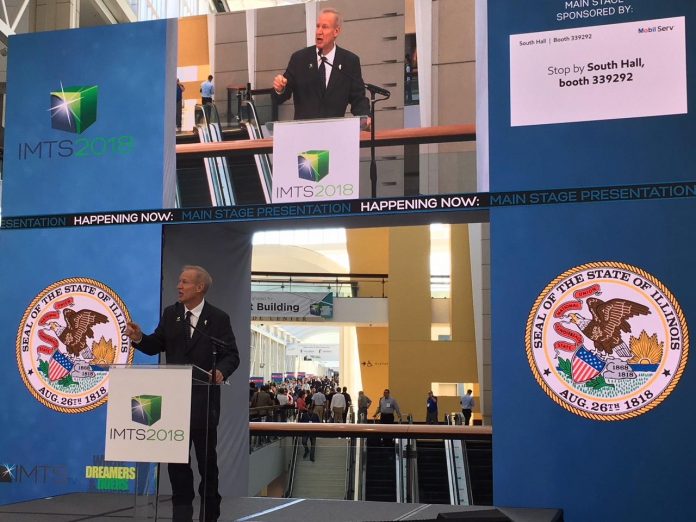 CHICAGO, September 12, 2018— Gov. Bruce Rauner told exhibitors attending the largest manufacturing trade show in America that Illinois remains an ideal home for companies that are looking for a highly skilled workforce and a transportation infrastructure that is unmatched in its ability to support worldwide distribution.

Gov Rauner made his remarks during a visit to the International Manufacturing Technology Show (IMTS), which was organized by the Association For Manufacturing Technology and is taking place this week at McCormick Place in Chicago. This is the first time that IMTS has partnered with Germany’s Hannover MESSE, producer of the world’s largest manufacturing tech show, to highlight the global significances of the sector.

“Chicago is the epicenter of American industrial enterprise and it is the perfect place to display the incredible new technologies being deployed by modern manufacturing companies,” Rauner said. “Illinois’ commercial pedigree is built on the vibrancy of its manufacturing companies, and we are determined to support the growth of these companies into the future.

“Modern manufacturing requires highly skilled labor,” Rauner continued. “Illinois is a tremendous source of talent for manufacturers. We’re a leading technology innovation center. We’re a top STEM state. We’re a leader in apprenticeship programs, vocation and technical skills development. Our universities are among the greatest engineering schools in the country.

“We’re also investing in our transportation and distribution infrastructure,” he said, pointing to the $500 million 75th Street Rail Corridor project as an example. “There is no place in the country that can match our ability to get goods and people from one place to another.”

Rauner noted the multiplier effect of manufacturing when it comes to economic output, job growth and wages. He also said that the sector is responsible for two-thirds of the nation’s private research and development, making it one of the most exciting and demanding places for 21st century careers.

“The companies that make things contribute so much to our economy and our quality of life,” Rauner said. “Our state’s total manufacturing output in 2016 was over $100 billion and we exported $55 billion. About 600,000 Illinoisans are employed by manufacturers, and more than 1,900 foreign firms have a presence here. It is a tremendous force for good.”

At the show this morning, Rauner visited several exhibits, a number of which also were on his itinerary when he visited Germany last April and Asia last year.

His stops included HARTING Americas, a Germany-based connector company that is growing in Illinois and is developing strong apprenticeship and business development ties with Harper College in Palatine and the University of Illinois. He stopped at the Rittal exhibit to renew acquaintances with the company he visited at Hanover MESSE in April during his mission to Europe. The company makes some of the most innovative IT enclosures in the world and has its North American offices in Schaumburg. 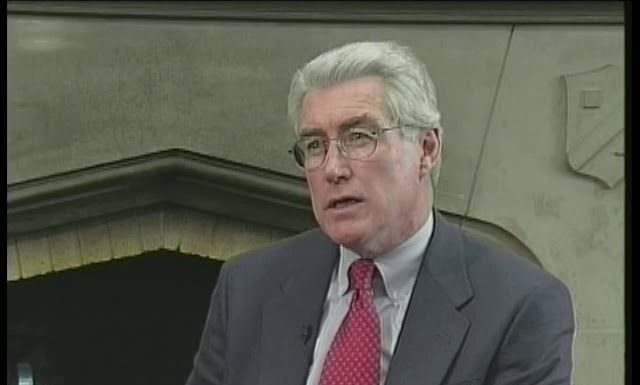 Despite a Budget and Tax Increase, Illinois Has Yet to Make Much of a...

What to do About Stopping Opioid Deaths and Addictions