Chicago — For the first time in his administration, Gov Rauner Monday morning signed a full-year budget that was passed by the legislature.  The $38.5 Billion budget begins on July 1, 2018.

The funds give $350 million more to K-12 education, a 2% increase to higher education, funds give the backpay owed to state workers, and provides funds to build a port in the city of Cairo, where the Mississippi and the Ohio meet.  It is a severely impoverished community and this is one of the first economic developments in that city in many years. 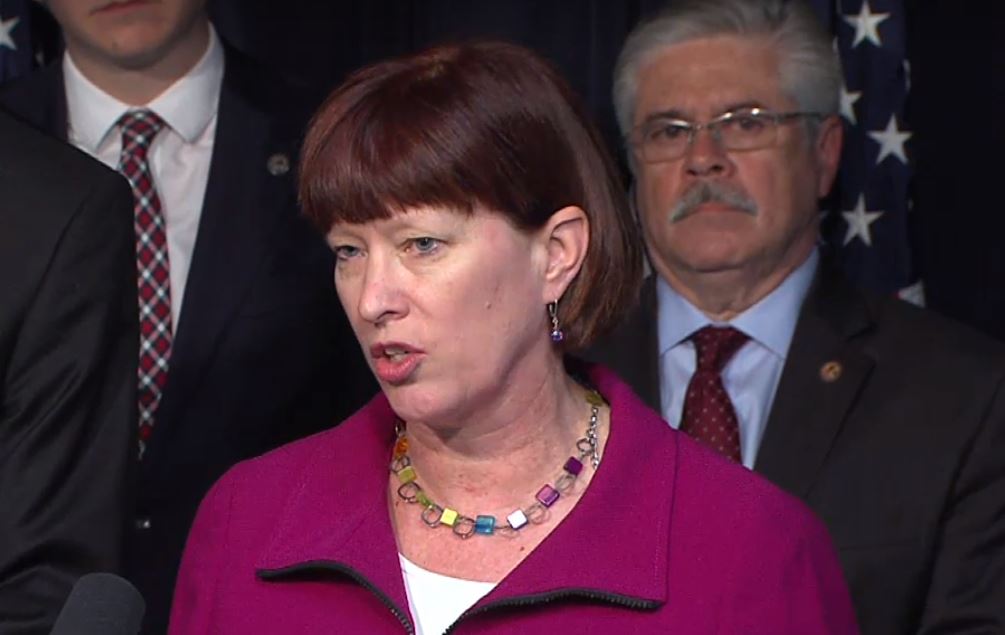 Unlike the political divide that separated Republicans and Democrats and the Governor from some members of his own party in the three previous years, this year the interests of both parties and the Governor, as the fall election approaches, brought about a process that was not based on fighting over funding state government.

The budget signing ceremony was attended by members of both parties that continued the new message of bipartisanship toward fixing what ails the state.

Part of the budget is aimed at keeping high school students from leaving the state to go to other colleges out of state.   Now one in three Illinois college students is going to an out-of-state college.  A new grant program called, “AIM HIGH” provides $25 Million toward helping students afford tuition in Illinois higher education.

The budget also contains some language that makes some changes to save money on pensions going forward.

Gov Rauner said this a different budget year because there were agreements that led to savings.  He noted the pension changes that would save some hundreds of millions.  He also noted the state is getting millions of dollars more due to the changes in the national tax cut that is helping Illinois businesses.

The Gov noted again that he wants structural reform in Illinois government that would allow it to grow the economy faster, and have the state produce more revenue due to faster growth.

The Governor said this year’s budget is balanced and that he will keep tabs on it to ensure it remains balanced.