Springfield, May 21, 2018 — The Governor told reporters that one of the first nights they slept in the Governor’s Mansion in 2015, it rained and plaster from the ceiling was falling just outside their bedroom.

“We knew this was something we were going to have to focus on right away.” the governor told reporters today.

And focus they did, with much of the mansion, which is the largest governor’s mansion in the nation, now rebuilt or refurbished.  Much of the landscaping around the mansion is yet to be planted.  The driveway with warming pipes to melt snow and ice has yet to be poured.  But the moving van came to the mansion today bringing some of the Rauner’s furniture and allowing the Governor and Mrs Rauner to again call the mansion “home”.

Over the last several years, the Rauners have lived in the Director’s home on the State Fair grounds.

While the mansion is the largest in the nation, with some 50,000 square feet, the space reserved for the governor and his family is the size of a small home, with only 1400 sq feet assigned for the First Family’s personal space.   The rest of the mansion is often used for political receptions by various groups.  It hosts large banquet/dining room, a large room on the second floor for holding dinners, which also has a small stage for speakers. It also holds a large commercial kitchen to facilitate the needs of groups who rent out the public portion of the mansion for their events. 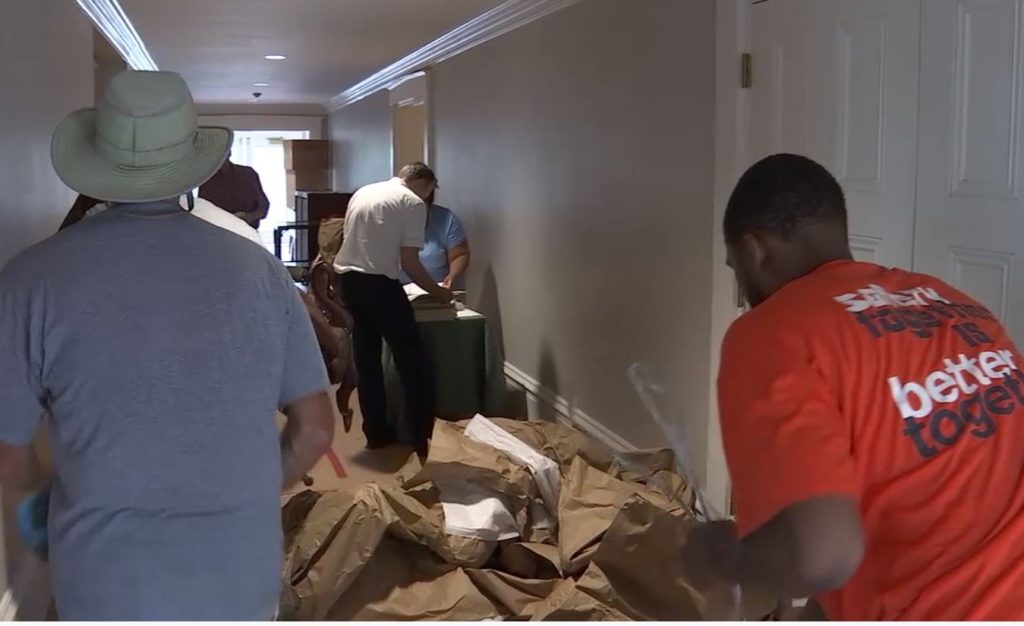 The Governor told reporters that they’ve really upgraded the personal space for the First Family, and noted there’s now a nice kitchen, where there had been only a small sink and refrigerator before the rebuild.   The Governor noted that both he and his wife like to cook their own meals together, and that was impossible before.

The rebuild of the mansion is also notable because it was accomplished with private funds.

“Diana and I pledged to renovate the Mansion at no cost to the taxpayers,” Gov. Rauner said. “Thanks to an incredible effort by the first lady and the Mansion Association, we are on the verge of accomplishing a stunning renovation … on time and on budget with private funding.”

“This project has meant so much to my husband and me because of what it means to the people of Illinois,” first lady Diana Rauner said. “We see the Mansion as the People’s House, a place where visitors can come to glimpse our history, reflect on our accomplishments and creations, and experience Illinois-style hospitality.”

The renovated Governor’s Mansion will re-open for the public this summer. When it does, people will be treated to a remarkable transformation. The completion of the residence section of the Mansion renovation made moving day possible for the Rauners.

The Mansion has retained its gracious architecture, rising out of a refurbished landscape in the heart of Springfield. Inside, the home has been remodeled to show off the history of its famous residents and make room for exhibits of Illinois art and craftsmanship.

The governor was in a reflective mood as the family moved boxes into the house. With his wife on one side and Stella the family dog on the other, he reminisced about the time the first family started the project and moved to their temporary quarters at the Illinois State Fairgrounds.

“It was the beginning of our term and the Mansion seemed to us to be a metaphor for the challenges faced by our state,” Gov. Rauner said. “The state hadn’t kept up with basic maintenance: the roof was in bad shape, there was structural damage, and years of neglect had taken its toll. So much so, that the building was quite literally falling down around us.”

“Now look,” he said. “Diana and the team fixed what was broken and the result is a much stronger structure and a much-improved outlook for the future. It is precisely what we are trying to accomplish in state government for the people of Illinois.” 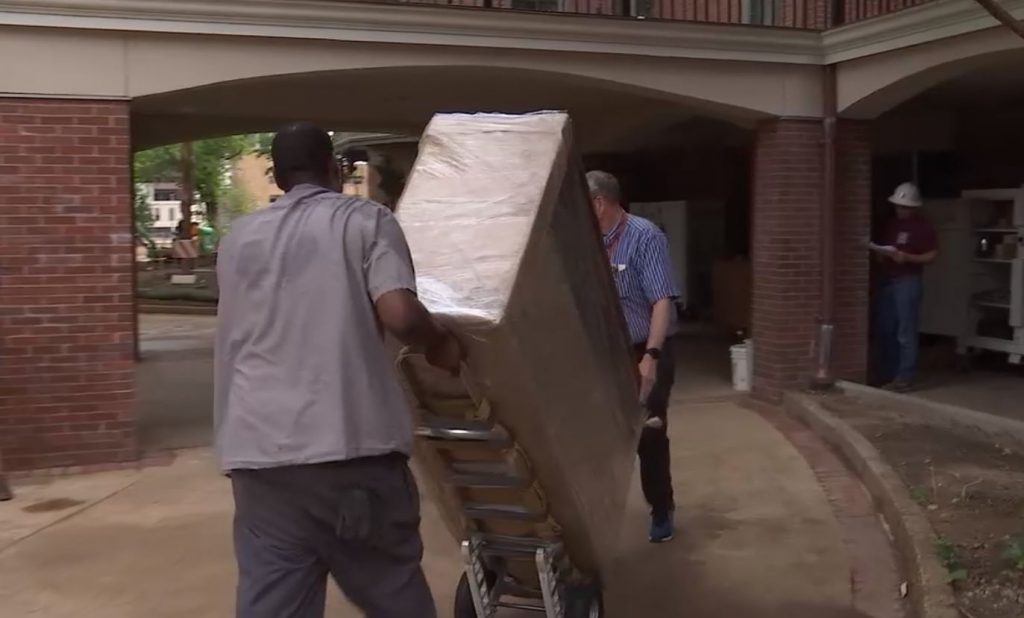 For the first lady, the metaphor involved an inclusive approach to the project. “We tapped into some of Illinois’ top resources in art, architecture and construction,” first lady Diana Rauner said. We’ve had a diverse workforce – some union and some non-union – that worked hard and stayed focused. The building is now ADA compliant. And a group of donors gave us a wonderful sample of Illinois generosity.”

The renovations will improve the visitor’s experience for Illinoisans and for tourists from around the world. The upgrades include an all-new visitors’ center and rooms dedicated specifically to historic events, including the Columbian Exposition and former Illinois Governors and first families.

A designated space will feature its first exhibit, Art in Illinois, when the Mansion re-opens. The exhibit brings together over 102 works of art from Illinois-based artists, including 20 privately-owned pieces that will be on public display for the first time.

“We so appreciate the incredible hard work that everyone has done on this project,” the governor said. “Diana and I are eager for the finishing touches to be completed so we can open the People’s House to the people of Illinois.”

“Two years ago, my team and our partners embarked on the architecture project of a lifetime, and it is so rewarding to see the governor and first lady finally move back home today,” said lead architect Laura Hochuli of Vinci Hamp Architects. “This renovation reflects both the history and future of Illinois, and we know that visitors from around the world will appreciate the newly imagined features reflected in both the architectural and programmatic enhancements.” 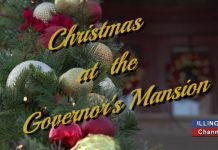 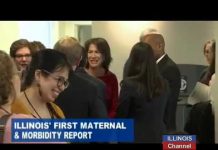