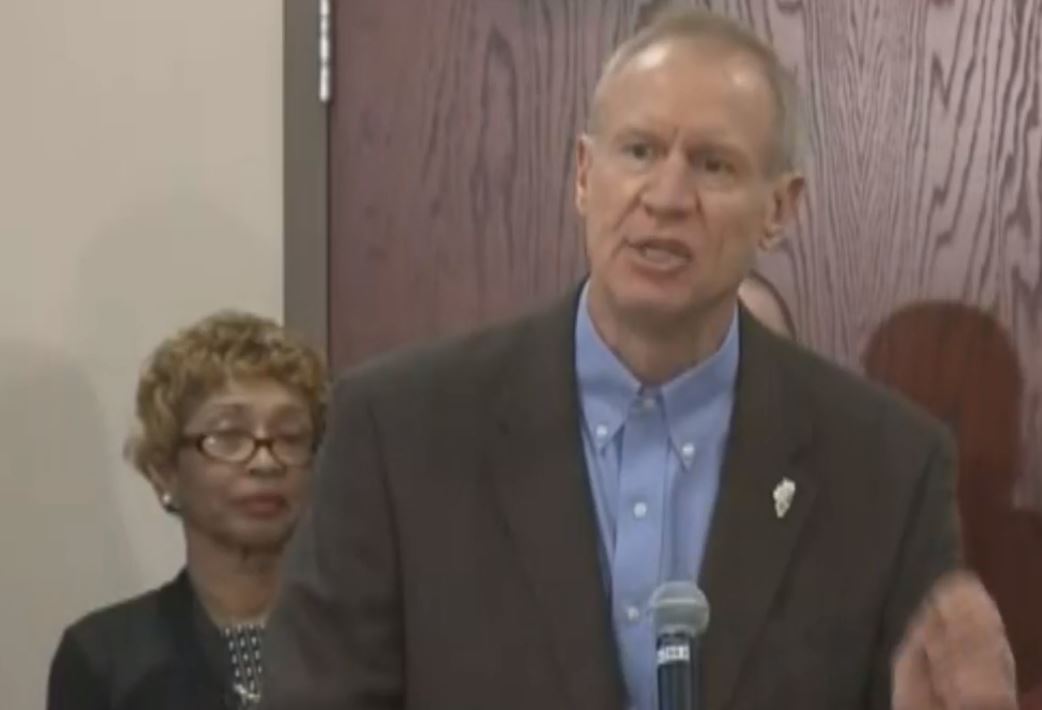 East St Louis — With members of the medical community, Gov Rauner signed into law, SB-772, which requires doctors and pharmacies to use a statewide database to flag individuals getting multiple prescriptions of opioids, so they can either get help, or discover those who are selling drugs illegally to others.

The new law, which takes effect on January 1, 2018,  will require prescribers with an Illinois Controlled Substance License to register with and use the Illinois Prescription Monitoring Program (PMP), a database that records patient prescription history.

“This legislation helps us combat opioid abuse by addressing fraud at a critical point of access,” Rauner said. “Too often, users obtain dangerous amounts of opioids by ‘doctor-shopping’ prescriptions for their drugs of choice from prescribers in our health care system. The new PMP registration requirements will help deter this practice by tracking prescriptions and making information available to physicians before they write them.”

“I have had countless conversations with Illinoisans battling opioid use disorder who told me they would fuel their addiction with prescriptions from multiple doctors,” said Lt. Gov. Evelyn Sanguinetti, who chairs the Governor’s Opioid Overdose Prevention Task Force. “This law is an important new layer of protection against opioid abuse in Illinois because it gives prescribers the tools they need to ensure patients aren’t manipulating the system to support their addiction.”

Sarah Pointer, clinical director of the PMP, said the new monitoring program requirements will be integral to combatting the crisis within Illinois.

“SB772 is another huge step forward to increasing prescriber awareness and building a more complete prescription history of their patients,” she said. “Prescribers will be able to make more informed decisions about care for high-risk patients who may benefit from early interventions, and ultimately help to save their lives.”

“As elected officials, we should be doing everything we can to prevent addiction and reduce opioid abuse,” said state Sen. Melinda Bush, D-Grayslake, the primary sponsor of SB 772. “Requiring doctors to check a patient’s prescription history before prescribing opioids is a simple way to ensure doctors aren’t overprescribing and patients aren’t doctor-shopping. This common-sense change has the potential to prevent overdoses, save thousands of lives and advance the shared goal of ending the opioid epidemic.”

“The scourge of opioid addiction has touched too many families in Illinois for far too long,” said chief House sponsor Rep. Mike Zalewski, D-Riverside. “Senate Bill 772 is a meaningful step toward ensuring that the medical community and pharmacies work collaboratively toward protecting patient safety through use of the of the prescription monitoring program. I thank Senator Melinda Bush for bringing the legislation forward and Governor Rauner for enacting it into law.”

“This Prescription Monitoring Program is extremely important because it will help fight the rapidly growing opioid epidemic in Illinois,” said Rep. Patti Bellock, R-Hinsdale, who is the Republican spokeswoman for the House Human Services Committee. “The support of the medical community and pharmaceutical industry stakeholders was crucial in passing this bill, which will equip prescribers with more information and increase patient safety by reducing opioid prescription fraud.”