CARTERVILLE – The wine industry in Illinois has seen an explosive growth over the past decade, with the number of wineries increasing from around 10, to now over 100 across the state. But one of the most impressive of wineries in any state, is a relatively new winery, Walker’s Bluff.

In this visit to the winery, we see what is so impressive to visitors, and learn how the plans are to make this a destination location, resort and conference center for visitors and businesses.

Yet after millions of dollars already invested and its fame growing, Walker’s Bluff future success, and ability to add greatly to the Southern Illinois economy, with hotels, a water park, conference center, and SPA, may hinge on whether the state grants it a gaming license.  That license would allow it to open a casino,  which many business meeting planners say is critical to consistently attract conferences.

The resort’s already been waiting for a decision, along with other communities around the state — for several years.  And that wait is costing Southern Illinois’ economy in a major way.  Last year, Walker’s Bluff had to turn down over $2,000,000 of conference business, because the resort still needs to construct the hotels and conference center, with enough rooms to house the many attendees.

Those visitors, spending on lodging, meals, drinks, and gaming, are projected as well to bring close to $100 million to an area of the state that never recovered from the loss of jobs in the coal industry.

The one thing Walker’s Bluff has in abundance, that few other wineries anywhere have, is plenty of land for development.  The Resort at Walker’s Bluff sits on over 300 acres, that once belonged to the owner’s grandfather.

As the owner, Cynde Bunch told the Illinois Channel in a separate interview, this development is truly “shovel ready.”   As she said, “the day we get the gaming permit, the bulldozers will start to roll.” 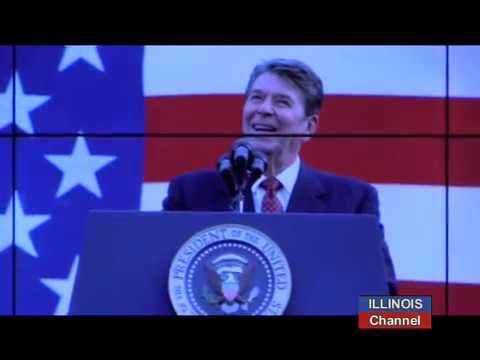 The Future Promise and Challenges of Illinois Manufacturing