Nov 1, 2017 – The AP says Ken Griffin, who reportedly made his first million while still in college, by trading stocks, is donating $125 million, to the University of Chicago’s Economics Department.

Griffin is speculated to be the wealthiest person in Illinois, with an estimated net worth of over $8.5 Billion, according to some reports.  He is the founder of the global investment firm, Citadel, which is located in Chicago.

According to Wikipedia, Griffin is a generous philanthropist, who has donated over $500 million to charities over the years, including a donation of $150 million to Harvard, where he attended college.

Griffin is also a supporter of Gov Rauner and has made several donations to Rauner’s campaign fund, with each donation topping more than $1 million. 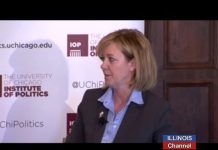