Springfield:  Members of AFSCME Council 31, representing the state workers in the Dept of Corrections, say there’s been a sharp increase in violent attacks on Correction officers over the last three years, and that management at DOC is unresponsive to their concerns.

According to data that came from the Dpt of Corrections, assaults on correction officers is up 51% in just two years

At a press conference on Thursday, Roberta Lynch, the Executive Director of AFSCME Council 31, said the fault is a series of changes being made by the administration.  She and others spoke, cited a lack of officers, radios that failed to work properly when officers felt threatened, and many violent criminals who were previously being held at maximum security prisons, being moved to medium or low-security prisons.

What’s worse they say, is that those inmates attacking Correction officers, frequently have no price to pay for their attacks on DOC staff.

A full video of this press conference will be coming. 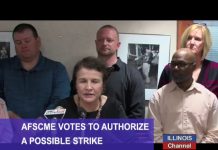 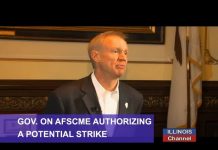