July 29, 2017 – Now that Illinois has a budget, many argue the real work of reforming the state begins. The budget plan that follows, was offered back in April by Senators McCarter and McConchie. In part, the plan wanted to avoid a tax increase. While the legislature DID increase taxes in passing a new state budget — in contrast to what the senators proposed —  a number of other reforms offered in this plan, may be worth further discussion and review.

In the rush of legislative events this Spring, it did not get as much attention as perhaps is warranted.  Now, with the immediate crisis of passing a budget behind us, and with reforms to state operations certainly needed — we publish this plan, written by the two Republican senators, for further consideration.

Perhaps just one, two or three ideas contained in this plan, can be considered over the next six months, before the legislature returns for the Spring Session of 2018.  If members of the legislature are truly interested in finding bipartisan solutions to Illinois’ fiscal woes, then this plan may hold some merit.

For two years, a political paralysis has had a grip on Illinois government. For two years, we have operated the state without a regular budget – the longest in American history. Unfortunately, even though we don’t have a budget, the spending spree continues unabated. Through court orders and consent decrees, we spend $38 billion a year while we bring in only $32 billion. This means our debt grows by another $11 million every single day.

The budget proposals offered over the last two years have either been wildly out of balance or raised taxes first while doing little to restrain the growth of government. Tax and spend solutions have never worked for the long-term fiscal health of our state, nor contributed to sustainable economic growth and job creation.

The “Taxpayer Bargain” budget plan we unveiled April 4 will end the failure of what passes as ‘business as usual’ in Springfield, because it will begin to put our fiscal house back in order. It took years of mismanagement to get into this crisis and it will take years to get out of it. We must begin now. We are approaching an insurmountable debt crisis, but there is hope if we act in a fiscally responsible manner from this point forward.

Under the “Taxpayer Bargain” budget, for the first time in many years, Illinois will have a complete and constitutional budget, meaning spending is limited to the actual revenue collected. It requires reforms that make government more efficient and accountable, and creates guidelines to reduce the waste and abuse of taxpayer dollars. It does this with no tax increase and no new taxes.

The plan is very strong medicine for a very sick state. It forces the Legislature to make tough decisions between needs and wants.

The “Taxpayer Bargain” requires lower spending, with 10% across-the-board cuts at state agencies and departments. It simply asks for a dime of savings for every dollar spent. Recognizing that there are priorities, primary and secondary education is protected, as is Medicaid for the most vulnerable, and pension payment obligations.

The plan includes a hard, enforceable cap on spending.

Part of the fiscal management under the “Taxpayer Bargain” includes borrowing $7 billion to begin to pay off old bills so we can eliminate $500 million in late payments and fees. Paying back the bonds (borrowed money) will be tied to the spending cap. If the Legislature ignores the cap and returns to their overspending abuses of the past, they lose their salary for that fiscal year. On the other hand, any revenue collected that comes in above the cap, will go directly to priorities: Education – 25%; Capital construction (roads and bridges) – 25%; Pension debt payments – 10% and Paying off old bills – 40%.

A lot of input from both Republican and Democrat legislators was included in the “Taxpayer Bargain.” It also includes pending legislation sponsored by members of both parties. It is a compromise between political differences, but does not compromise or sellout common sense principles that Illinois government must live within its means just like Illinois families and businesses.

We know that making these cuts will be difficult and painful, but in order to restore Illinois’ fiscal health for today and for future generations we must act. The “Taxpayer Bargain” is the only budget proposal without punishing tax increases.

We’ve been asked, “Why make this effort when your plan won’t have a chance of passing, especially in the House.” The answer is simple: We are obligated, as elected members of the General Assembly, to do what’s right, regardless of the political probabilities.

Remember the results the last time taxes were raised without reforms: People fled the state, prosperity and opportunity were diminished as jobs were lost and businesses closed or moved away.

There is another way. Intrigued? We created a website www.taxpayerbargain.com where we are continually adding details of the “Taxpayer Bargain.” Our challenge is to save our state. The “Taxpayer Bargain” is how to do it without asking for one more dime from you. Contact your senator and representative and ask them to sign on as a sponsor to one of the 15 bills that are needed to deliver a no-tax-increase-balanced-budget to the governor.

Cuts –
•    10% across-the-board at state agencies and departments – Exempts primary and secondary education, Medicaid for the most vulnerable and pension payments. Simply asking for a dime of savings for every dollar spent.
•    Asking each university to reduce spending by 5%
•    Reduce discount rate to retailers for Sales Tax collection – (from 1.75% to 1%)

Requires Fiscal Responsibility –
•    No tax increase
•    No new taxes
•    Executive Branch must manage/Contains some of the Governor’s own ideas and Republican Leader Sen. Christine Radogno’s Senate Bill 2063 – “Unbalanced Budget Response Act”
•    Governor must negotiate changes to state employee group health care and AFSCME contract wages
•    Imposes real spending cap, which is tied to legislative salaries. If the General Assembly violates the spending cap they lose their pay for that fiscal year.
•    Borrows $7 billion to pay off past due bills. Could realize savings of $500 million in late charges.
•    Borrowing must include a spending cap set at the fiscal year revenue level projected by the Illinois Commission on Government Forecasting and Accountability. Any revenue increase over this amount will be distributed as follows: 25% to education 25% for roads & bridges, 10% towards pension debt and 40% to payoff the backlog of unpaid bills. 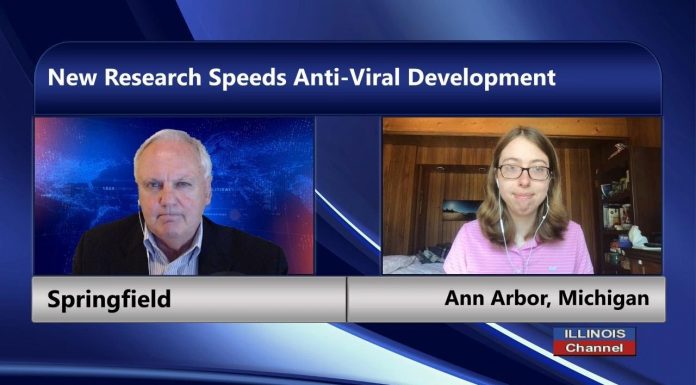