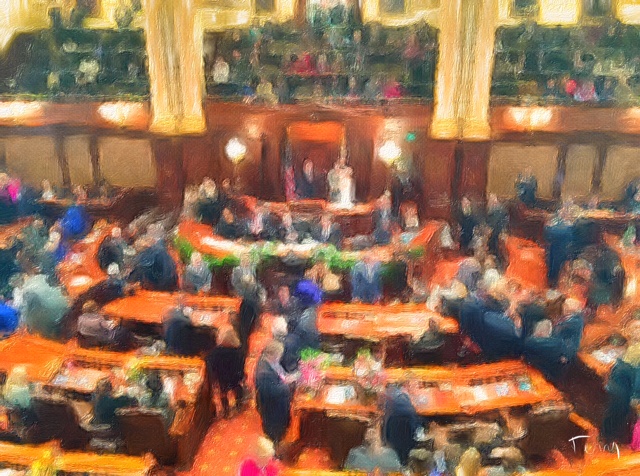 The Governor said, if the bill is not sent to his desk soon, public schools throughout the state may not open in time for the new school year. He claims Democrats in the Illinois Senate are using a procedural quirk to keep SB-1 from advancing.

Gov. Rauner  has already announced his plans to issue an amendatory veto that will result in higher state funding for almost every school district in Illinois.

As currently written, the bill includes a $230 million payment to Chicago Public Schools, that would allow them to make their payment to Chicago’s teacher pension system that is woefully underfunded, and the cash-strapped CPS is already stretched to the breaking point.

With an “Amendatory Veto” an Illinois Governor can alter a bill, without having to veto the entire bill.  This is one reason the Illinois Governorship, is among the most powerful in the nation.

Gov. Rauner opposed this pension payment in the bill, and said he plans to amend SB-1 to remove the CPS pension money from the bill and instead redirect those funds to all schools, which Republicans argue is more equitable funding for students in Illinois no matter their zip code.

“Enough is enough. Children should come before everything else, and we have to make sure they get back to school on time,” Gov. Rauner said. “Legislators are holding our children hostage in a political game. This is shameful and unacceptable. Our kids deserve better. What are lawmakers waiting for?

Send me SB 1 so I can make the necessary changes to eliminate the Chicago Public Schools pension bailout and we can get our kids back to school on time.”

A new webpage launched by the governor shows how much more money each school district will receive after the governor issues his amendatory veto: https://www.illinois.gov/gov/SitePages/SchoolDistrictFunding.aspx