State Capitol:  Speaker Madigan briefed the press Thursday afternoon, by saying the leaders meeting had been very good, and that there was still time to get a budget passed by midnight on Friday, just before the start of the new fiscal year on Saturday.

On Property tax caps, the Speaker said Legislative Leaders were looking at the House bill that was considered on Wednesday, which failed to pass — but with changes to be made on it.

On govt consolidation, Democratic leaders thought the bill on the Gov’s desk was sufficient.

The Speaker when asked if a budget can get done by midnight on Friday said, “Oh sure. As long as everyone is reasonable.   This should have been done a year ago.”

The Speaker said everyone is desirable to get the state back in the financial shape it needs to be in. 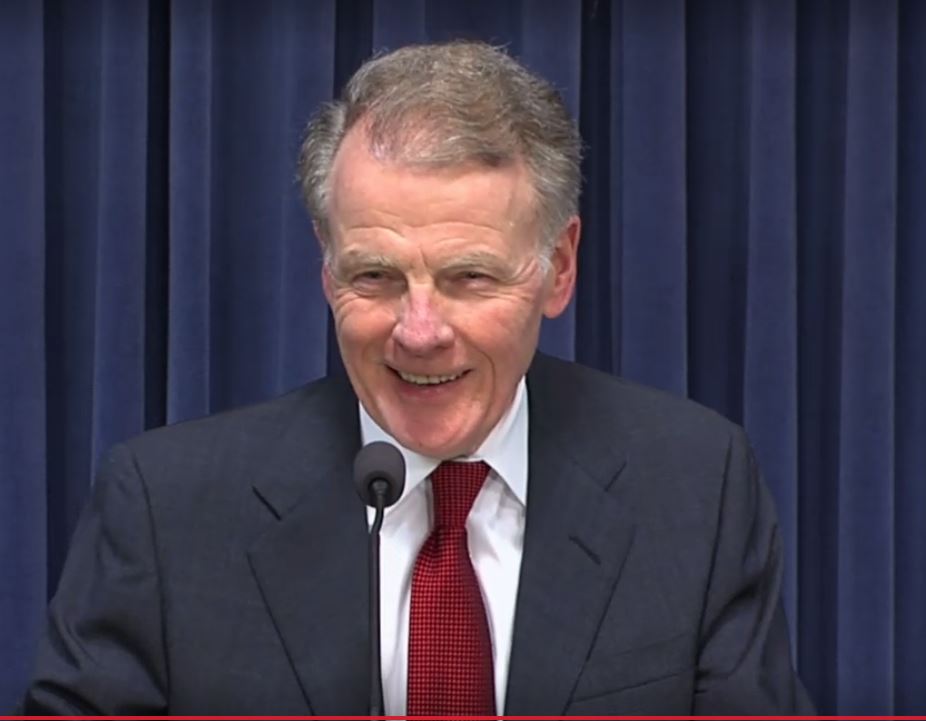 When asked if he was the cause of a budget delay, Speaker Madigan told reporters he’s move a lot toward a compromise and is ready to vote on a series of issues that he doesn’t believe in, but will do so “in the spirit of compromise.”