From Chicago: Republican lawmakers offer what they say is a balanced budget, that includes ideas the Democrats backed. Following this press conference, Gov Rauner announced this was a budget that was acceptable to him. This budget proposal comes as the Legislature failed to pass a budget by the end of May, which is the deadline for passage, by a simple majority.

On June 16, Gov Rauner announce he was calling the legislature back to Springfield for a continuous Special Session, until a balanced budget is passed.

The state of Illinois has now gone several years without a full-year budget in place, which is resulting in over $15 billion dollars in unpaid bills to accumulate, as of the middle of June. The new fiscal year begins on July 1. 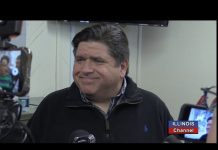