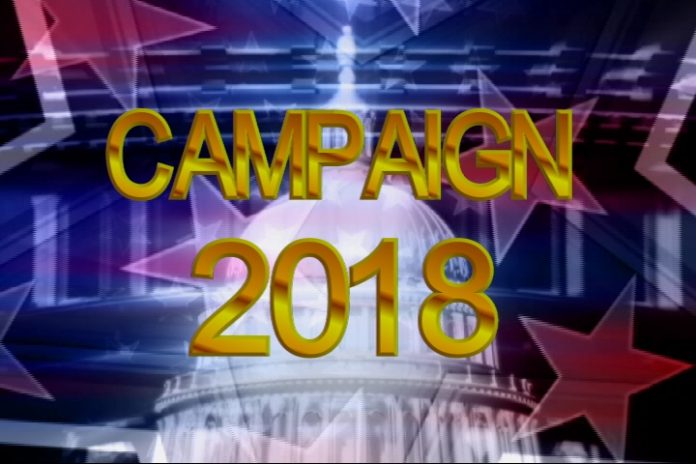 June 6, 2017 — Rep Scott Drury, who was the only member of the Democrat caucus in the House to NOT vote for Michael Madigan as House Speaker, today announced he is a candidate for the Democrat nomination for Governor in 2018.

Drury is a former federal prosecutor.  In a campaign ad, called “Straight Talk” he tells a small group of voters he’s seen corruption in Illinois government, and that when you see that, “You have to push back, even if it’s in your own party.”

In a statement, Drury said he feels the choice within the Democrat party is one of those who are aligned WITH Speaker Madigan, and himself — who is shown his independence.

Drury is the 6th candidate to announce he will be a candidate for the Democrat nomination for Governor.  Thus far, he is the only member of the House to announce, but joins Sen Dan Biss, multi-Billionaire businessman, J.B. Pritzker, Businessman and Kennedy Clan member, Chris Kennedy, as well as Chicago Alderman, Ameya Pawar (47th), School administrator Bob Daiber, who is from the Metro-East.  The list also includes Tio Hardiman, and small business owner Alex Paterakis, both of whom are from the Chicago area.

Scott Drury is clearly looking to distinguish himself as the one Democrat that is willing to stand up to Speaker Madigan, and thus to pitch himself as an independent player, who will not be blasted as a “Madigan puppet” as Gov Rauner has successfully done against various members of the Democrat party, of which Speaker Madigan is the Chairperson.

Billionaire J.B. Pritzker holds a substantial financial advantage over every other Democrat candidate in the field, and has used his advantage to already produce a series of introductory political commercials that are airing around the state.

Because of that financial advantage, many political observers thing this race will come down to a run of two billionaires, Prtizker and Gov Rauner.  Because of their great combined wealth, Illinois could well set the record in 2018 for having the most expensive race for governor in the history of the nation.

But wealth alone does not always make for a successful run.  Pritzker is not an experienced candidate, and one major gaffe can sink a campaign.  Or, there may be a surprised from one’s background — such as happened during the campaign for the US Senate in 2004, when multi-millionaire Blair Hull was thought to be the front runner, given his financial advantage over state-senator Barack Obama, only to have some ugly details of Hull’s divorce leaked to the press, which sank the Hull campaign virtually overnight.

And Pritzker may be too close in profile to what Gov Rauner brought to the Gov’s mansion — a wealthy businessman who never held public office before being elected governor.  Given that Gov Rauner is now into his third year in office and has yet to get a state budget signed into law, voters – even Democrat voters — may we wary of backing another wealthy novice to state government.

With Drury setting his theme as the “Madigan free” candidate, the question is — to what extent has Speaker Madigan’s reputation been soiled within the ranks of Democrat voters in Illinois?