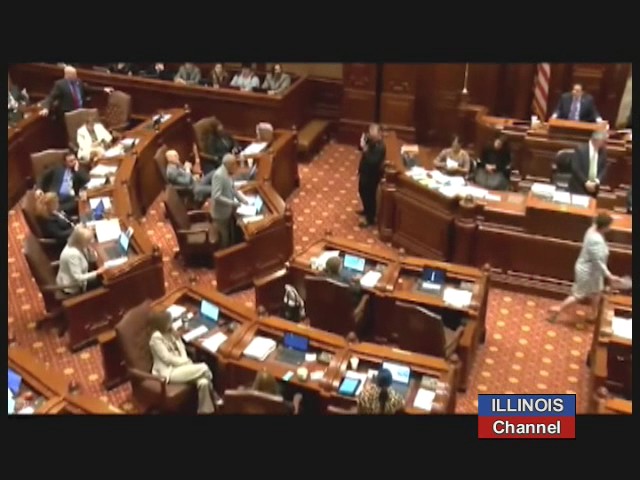 Springfield:   May 31 is supposed to be a deadline for passing a state budget in Illinois, but once again, the state has moved into June with no budget passed.

In a series of press conferences that were held after the failure to pass a budget, there were plenty of explanations and finger pointing as to who was to blame for this historic failure to finance the state.   But in a press conference, Senator Dan Biss (D), who is also a candidate for governor, offered the explanation that many in the State Capitol would say is the real reason Illinois continues to have no state budget passed.

Sen Biss told reporters, “Our state is lost in a tug of war between Mike Madigan and Bruce Rauner, and the rest of us are losing”

The Senate Democrat caucus held their press conference and noted that they HAD produced a budget that accomplished a number of items called for by the governor. 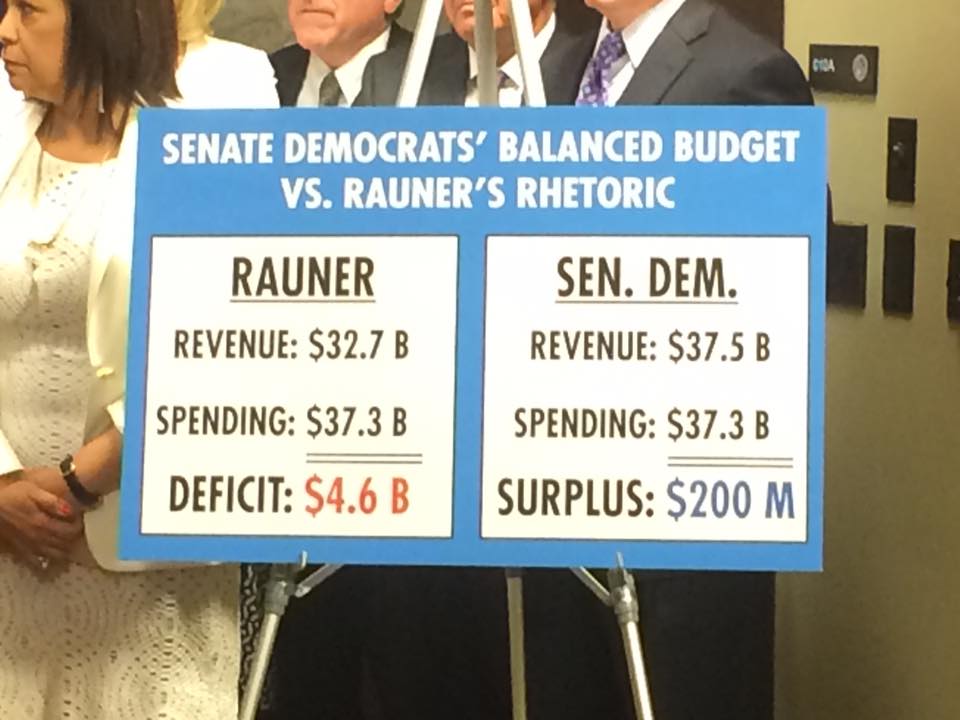 Using the governor’s spending limit of $37.3 Billion, the Senate passed a budget which would fund the state at $37.3 Billion, and raise $5.4 billion in new taxes. But that budget was never passed in the House.

Senate Democrats said they did what the Governor and the House failed to do — make the politically hard decision to raise taxes that would balance a budget that spends $37.3 Billion.

Sen Toi Hutchinson told reporters, “Taxing is not the easy part of governing.”  But she and other Democrat senators said they were the ones who did what needed to be done in balancing the budget and in making the cuts in spending that would limit the growth of government.

They blamed the Governor for talking publicly as if he supported the approach the Senate was taking in their efforts to reach a compromise on spending limits, limiting property tax increases, and raise the revenue needed to balance the budget.  But they said at every turn in negotiations, the Governor would change what he was willing to accept as part of a deal.

In a separate press conference, the Governor and Republican Leaders said the Democrats in the Legislature are still failing to meet the needs of the citizens in providing real property tax relief, and making the sorts of reforms that are needed to fix the systemic problems facing the state.

The Governor and Republican Leaders noted the bills that were passed by Democrats that would make it even harder for businesses to operate in Illinois, including passing an increase in the minimum wage to $15 an hour over the next five years, and failing to make changes in the Workers’ Compensation program that makes Illinois be one of the most expensive states in the nation in which to do business.

House Republican Leader Jim Durkin told reporters, “I am bitterly disappointed in what has happened these past three years and the failure of the Democrats to work with us pass to something called a balanced budget.

So, instead of doing the work they were sent here to do, members of the majority party focused more on phony, baseless headlines than real change.They refuse to do what is necessary to pass a budget that is balanced and blocked change that would move the needle on job creation while protecting taxpayers.”

One lawmaker told the Illinois Channel, they think there won’t be any spending bill passed until near the end of June, and even then, it may be just another partial funding measure, that keeps K-12 schools funded, and offers a bare minimum of funds to other units that rely on state funds to operate.

A budget meeting is scheduled in Chicago on June 8th.