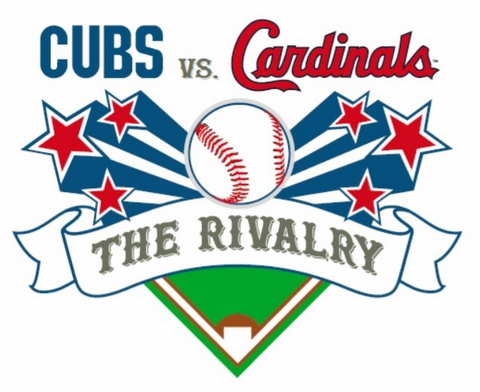 SPRINGFIELD – Blue vs. red, bear vs. bird, north vs. south – the competition between the Chicago Cubs and St. Louis Cardinals has divided Illinois for generations. Now the Abraham Lincoln Presidential Library and Museum will offer an exciting new look at this piece of baseball history in “Cubs vs. Cardinals: The Rivalry.”

The exhibit opens March 24. Visitors will see rare artifacts and photographs. They’ll learn about legendary players like Mordecai Brown and Rogers Hornsby and newer stars like Jake Arrieta and Yadier Molina. They’ll also be able to interact with the exhibit by sharing their own Cards-Cubs memories, answering trivia questions and playing a home run derby as their favorite team.

“Baseball is the American pastime and a huge part of history and culture. Few sports stories can top the length, passion and sheer fun of the Cubs-Cardinals rivalry,” said Alan Lowe, executive director of the Abraham Lincoln Presidential Library and Museum. “We’re excited to offer our visitors an unprecedented look at this piece of the Illinois story.”

“The Rivalry” was developed in conjunction with the National Baseball Hall of Fame, the Chicago Cubs and the St. Louis Cardinals, an unprecedented partnership from all three organizations for an exhibit of this type.

“We are thrilled to collaborate with the prestigious Abraham Lincoln Presidential Library and Museum on ‘The Rivalry’ exhibit,” said Jeff Idelson, president of the National Baseball Hall of Fame and Museum. “In bringing artifacts from Cooperstown to Springfield, we are able to animate the stories associated with one of baseball’s most celebrated rivalries and two of the most enthusiastic fan bases these teams represent.”

Items planned for the exhibit Include:

“The artifacts in this exhibit will amaze baseball fans,” said Illinois State Historian Samuel Wheeler. “The National Baseball Hall of Fame in Cooperstown has, literally, opened its vault to us, as have the Cardinals and the Cubs.”

The Chicago White Stockings took the field in 1871 and the St. Louis Brown Stockings followed in 1882. But the exhibit begins even before the teams (which later took on the names Cubs and Cardinals) were officially created. It will carry visitors through 150 years of highs and lows – championships, memorable trades, broken racial barriers, famous broadcasters, home run races and more.

The exhibit will be housed in the ALPLM’s Illinois Gallery, a space dedicated to rotating exhibits on state history. There will be no extra fee to see “Cubs vs. Cardinals: The Rivalry.” It is part of the regular museum admission price.

A series of special events, some light-hearted and others thought-provoking, will accompany the exhibit. We plan to host an expert on baseball during the Civil War, screen the movie “Field of Dreams,” commemorate the accomplishments of groundbreaking players like Jackie Robinson and Roberto Clemente and more.