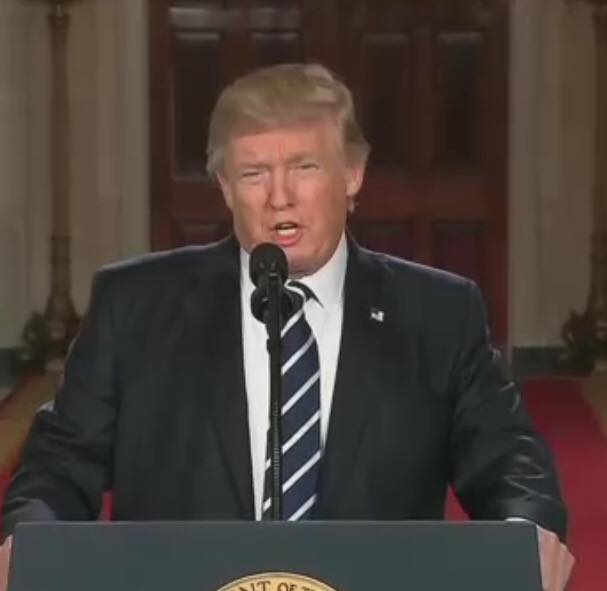 THE WHITE HOUSE- President Donald Trump nominated Judge Neil Gorsuch, of the 10th Circuit, to serve on the US Supreme Court.

Gorsuch attended Harvard, and Oxford universities, clerked for several US Supreme Court Justices, worked with a major DC lawfirm, before he was first nominated to the Federal bench in 2006, by President George W. Bush.

In nominating Gorsuch, President Trump moved quickly to fulfill a key campaign promise, to appoint conservative judges to the US Supreme Court.  Indeed, as the President noted in his remarks at the White House ceremony, many people voted for the President, primarily because they wanted a Republican president to hold the office, in order to put more conservative justices on the bench — especially the US Supreme Court.

Judge Gorsuch, is 49 years old, and could therefore serve for 30 year or more.  His appointment, would not change the political balance of the Court, as he is replacing Justice Scalia, who was a conservative justice.
Gorsuch said Scalia was “A Lion of the Law”

Gorsuch in his remarks said, “It is the role of Congress and not the Courts, to write new laws.”

While he was a partner at a DC law firm, he wrote a brief in which he was very critical of the use of class-action lawsuits by shareholders of publicly traded companies, writing;

“The free ride to fast riches enjoyed by securities class action attorneys in recent years appeared to hit a speed bump” and that “the problem is that securities fraud litigation imposes an enormous toll on the economy, affecting virtually every public corporation in America at one time or another and costing businesses billions of dollars in settlements every year”

Gorsuch on the 10th Circuit Court, gave a defense of religious freedom in the case of “Hobby Lobby v Burwell” in which he said the mandates in the Affordable Care Act, that required employers to pay for insurance coverage that provided for contraceptives, violated the religious rights of the employers.

Judge Gorsuch will now have to be confirmed by the US Senate before joining the Court.  Should he be confirmed in a brief period of time, Judge Gorsuch could take part in some of the decisions that will come down from the US Supreme Court when they issue their decisions in June.

Currently, the Court has eight members, and there have been some cases where the court’s rulings have come down to a 4-4 tie vote, which then leaves the lower court ruling in place.  Therefore, a swift confirmation process, could be critical in a number of very close decisions.