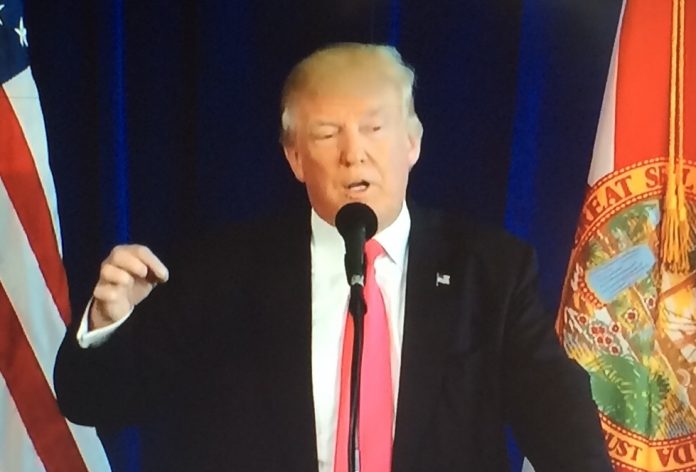 Republican Presidential nominee, Donald Trump, on Wednesday held a press conference, and began by noting his Democratic opponent Hillary Clinton, doesn’t hold press conferences, because — according to Trump — she can’t stand up to scrutiny by the press.

In a series of questions from reporters on both foreign and domestic policy, Trump said foreign leaders, particularly Russian President Putin, have no respect for President Obama. Trump said Putin would respect him, and he would love to get along with Russia, so they could fight ISIS together.

Trump accused Clinton of stealing a number of his issues, citing her recent opposition to the Trans-Pacific Partnership, which he noted she and her Vice Presidential nominee, Sen Tim Kaine, had both supported the TPP until recently.

Trump said if Clinton is elected, TPP would be passed shortly after she becomes President, and noted a comment by Virginia Governor, Terry McAuliffe, who is a former Clinton aide, who remains close to the Clintons, that Hillary Clinton doesn’t really oppose TPP and it would be passed if Clinton was elected.

Shortly after the conclusion of the press conference, Hillary Clinton’s campaign spokesman, Brian Fallon, denied that Clinton was secretly in favor of TPP trade deal, and that she would push for its passage.  Fallon said, “Gov McAuliffe doesn’t know what he’s talking about on this issue” and said McAuliffe should stop talking it.

Trump spoke to reporters as the Democratic National Convention is being held in Philadelphia, telling them he thinks he will win the presidential election in November. Earlier on Wednesday, the LA Times released a poll taken after the Republican convention, that shows Trump now leads Hillary Clinton by 47% to 40.4% among likely voters. 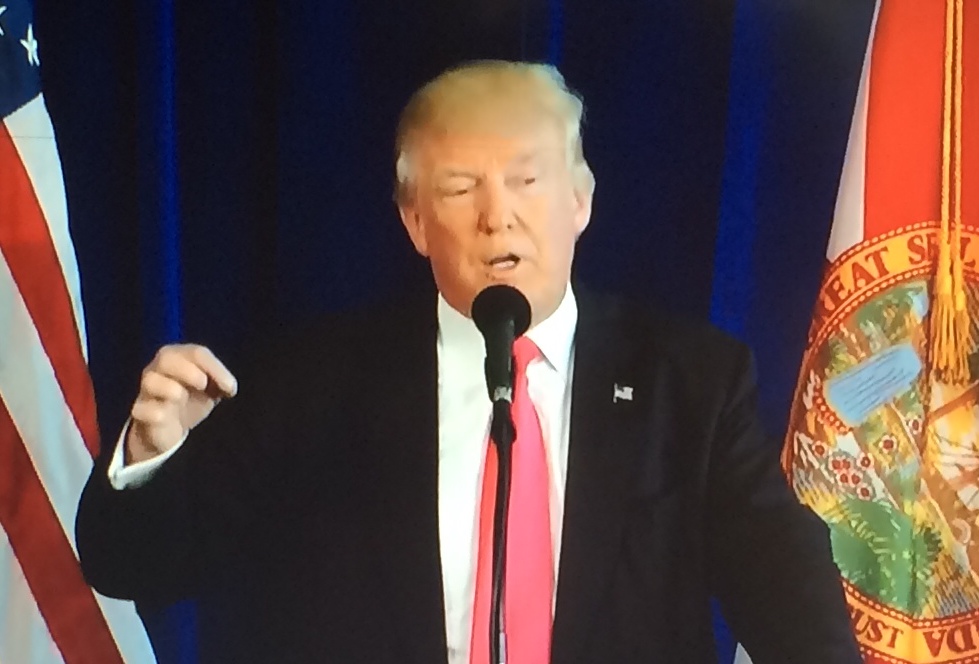 Trump also noted he was opposed a decision that will result in the release of John Hinkley, who has now served 35 years in prison for the 1981 attempted assassination of President Reagan. 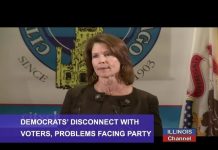 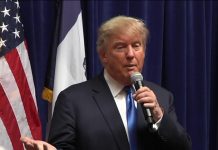